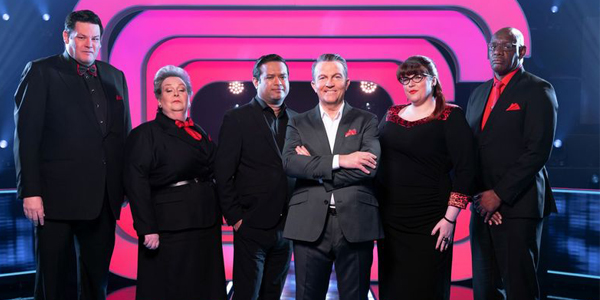 The Chase spin-off Beat The Chasers will be back on ITV in 2021 for series 2.

Beat The Chasers is hosted by Bradley Walsh and star all five of the nation’s favourite quiz geniuses, The Chasers.

Anne Hegerty, Mark Labbett, Shaun Wallace, Paul Sinha and and Jenny Ryan appear together for the first time ever, competing together as a team challenging contestants to play against them for huge cash prizes.

When does Beat The Chasers starts on TV?

As with the first series, the show will air nightly at 9PM across the week.

How Beat The Chasers works

Contestants start with the Cash Builder where they’ll face five multiple choice questions each work £1,000. But get the first question wrong – they’re out!

Next, contestants are given the option of playing between two and all five Chasers for increasing amounts of money, but with a decreasing time advantage against them.

As the money goes up, so does the number of Chasers they must face. But those brave enough to take on all five Chasers could walk away with a huge cash prize.

Play sees questions flip from contestant to the Chasers. But get a question wrong and their individual or team clock keeps counting down until a question is answered correctly. First to run out of time loses the game.

With the Chasers forming the greatest quiz team on the planet, it remains to be seen – can anyone Beat The Chasers?

Says Bradley: “It is our Daytime show, but in reverse!

“Usually you’ve got potentially four players taking on one Chaser, whereas this is one player taking on potentially all five Chasers and trying to beat them against the clock for big, big money.”

Over the past decade, The Chase has become the country’s most popular quiz, attracting millions of viewers in Daytime and picking up multiple awards, including a National Television Award for Best Quiz 2019.

You can watch episodes of The Chase on ITV Hub.