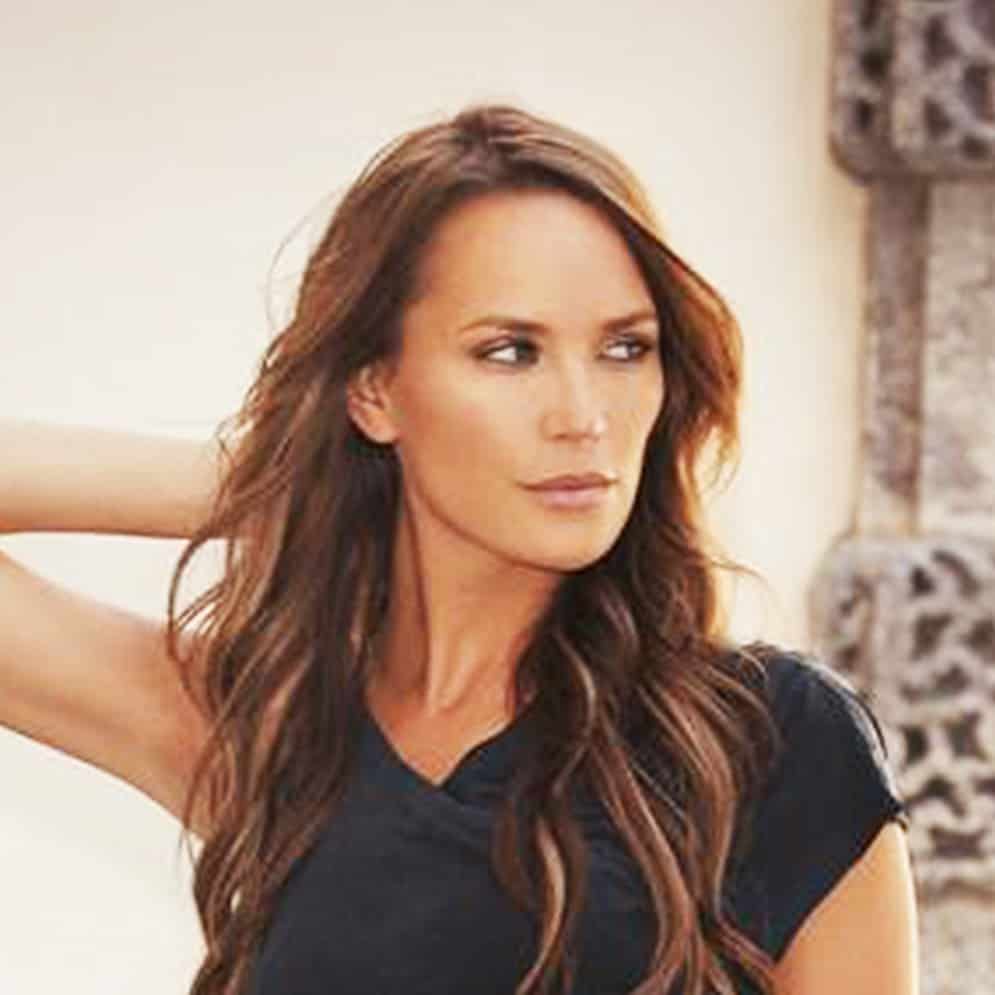 Originally from Rotherham, in 1997 Lucy Clarkson began modelling after participating in an Elite Model Agency competition, where she was one of 12 winners out of 16,000 applicants.

1997 she moved to London on a full-time contract with Elite where she graced 9 covers of More Magazine at the age of 15 and many others.

In 2000 Lucy became best known as being the fourth official Lara Croft model from the Tomb Raider series of video games, a role she took on in May 2000 at the age of 17 and held for two and a half years until 2002. This entailed traveling around the world with a team of designers, makeup artists, stylists, and photographers. Lucy traveled to many countries portraying Lara Croft. Fans would travel from far and wide to meet with her and have photos taken with her.

By the age of 18, Lucy had become the face of More Magazine and subsequently appeared on numerous covers. She has subsequently featured in a number of high-profile advertising campaigns for prestigious brands and magazines including: La Senza; Chanel; Diesel; Sports Illustrated; Favela Brazilian swimwear; Marks and Spencer; Marie Claire; Wrigleys; Kinder; Veet and De Beers. She is the current face of Pearl Drops toothpaste and related products and Kellog’s Special K cereal. 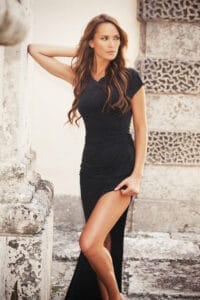 2001 Lucy starred in the Wrigleys TV commercial where she flew around in outer space.

2002 She starred in a Kinder chocolate commercial which was shot in the desert in Granada, Spain. She was cast as the role of Rocket girl.

In 2003 She had a slot as a host on cable TV presenting a live show called the Vault On Nation 217 where callers phoning in would try to win money that was inside the vault following fun questions and lots of ad-lib as well as a being a TV presenter.

2003 Lucy filmed Carmen girls hair commercial which involved speaking in an American accent. This was a worldwide International TV commercial.

2004 She hosted the Children’s Charity awards in London with John Fashanu.

2005 Lucy filmed the Accurist watch commercial which was running for 5 years on all TV channels in the UK.

2006 She played the part as a Russian superstar in a TV jewellery commercial for QVC.

Having suffered from an eating disorder from 2003 to 2008 Lucy became a spokesperson against size zero and is a regular on BBC News 24.

In the summer of 2008 Lucy appeared in a BBC documentary Jess my new face where she was interviewed by a young lady (Jess) who was born with a facial disfigurement and was interviewing well-known faces in the media who have had difficulties with their physical identities.

Another main focus for Lucy is raising money for SPANA (Society for the Protection of Animals Abroad) and she is a celebrity patron. She went to Africa in 2009 and filmed a documentary there to raise awareness. This was an extremely effective campaign and she also did a calendar fundraiser where she raised a considerable amount of money for SPANA.

In April 2009 Lucy appeared in a BBC documentary ‘My Life as an Animal: Dogs’ where she was given the task of living as a dog for four days. The show was extremely challenging on many different levels.

She is a regular guest on BBC London radio with presenter Joanne Good for The Late Show weeknights at 10pm this involved interviewing guests and celebrity guests.

Lucy represented Special K in 2011 starring in many TV commercials and was made the face of Special K’s Glamour Magazine diary girl for 2011.

She moved to Miami in August 2011 and became the face of Lock and Load fitness gear also starring in their promotional TV commercial.

Lucy has done campaigns here for Peter Millar, Demron Bra, Favala Swimwear, Meridian Spa, and most recently she has been working as a host with the Beach channel covering events etc.

In August 2014 Lucy spent 5 weeks in Phuket Thailand filming Asia’s biggest interior Design TV show ” The Apartment ” she starred along with 10 other celebrities competing against each other for charity, This was aired January 2015 on Style networks.

Interestingly, Lucy can sing and has recorded a single ” Royalty ” which she recorded with renowned Artist Fat Joe and was released in Asia in January last year.

In March 2016 Lucy will be hosting  Taste of Dubai, in Dubai.