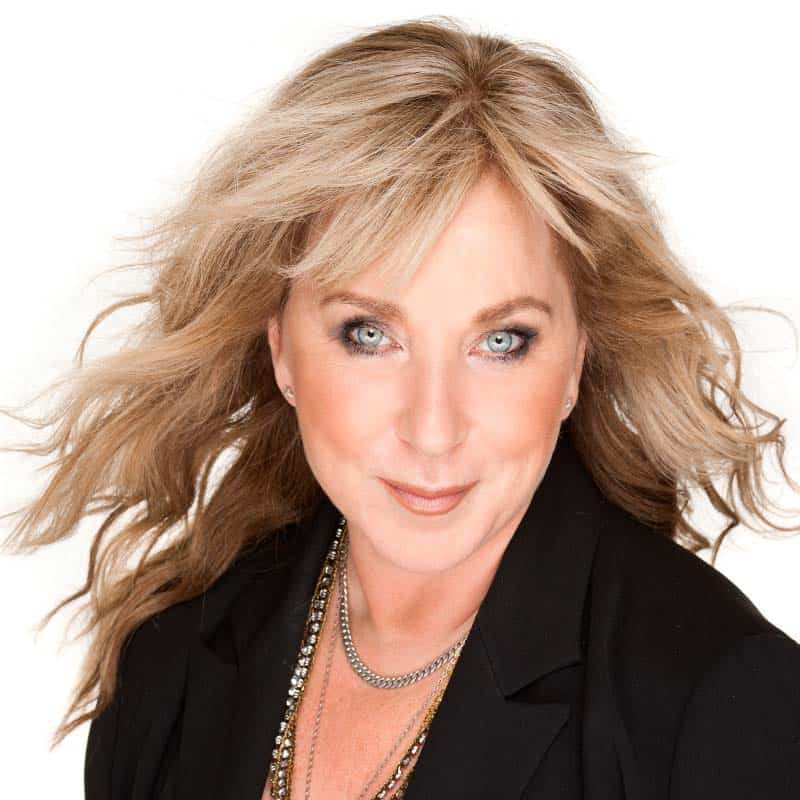 Helen Lederer began her career in stand-up comedy at London’s famous Comedy Store, as part of the early 80s comedians including French & Saunders, Rik Mayall, Ade Edmonson and Harry Enfield. On television, Helen is possibly best known for her role as the dippy Catriona in all five series of ABSOLUTELY FABULOUS with Jennifer Saunders and Joanna Lumley, and as her unforgettable creation The Girl at the Bar in NAKED VIDEO. She was Flossie in Ben Elton’s series HAPPY FAMILIES, Alison in two series of Children’s TV – PIRATES, and the mother of six children in I HATE THIS HOUSE.

She has enjoyed many roles in such programmes as FRENCH AND SAUNDERS, BOTTOM, THE YOUNG ONES, MURDER MOST HORRID, FILTHY RICH AND CATFLAP, GIRLS ON TOP, HARRY ENFIELD’S TELEVISION PROGRAMME, THE NEW STATESMAN, GALTON AND SIMPSON’S BEING OF SOUND MIND, THE BALDY MAN, JACK AND JEREMY’S REAL LIVES, and ONE FOOT IN THE GRAVE. She has played more dramatic roles in CASUALTY, HEARTBEAT, MILE HIGH, VIRTUAL MURDER and THE REFUGE. Helen has made innumerable television appearances either as presenter or guest on GRUMPY OLD WOMEN, LOOSE WOMEN, WOGAN (co-host), READY STEADY COOK, THIS MORNING, THE HEAVEN AND EARTH SHOW, GOING FOR A SONG (team captain!), COME DINE WITH ME, A WORD IN YOUR ERA, CELEBRITY MASTERCHEF, BACK IN THE DAY, THE WRIGHT STUFF, BEAT THE NATION, COMIC RELIEF, COUNTDOWN, JUST A MINUTE, GIRLS WHO DO COMEDY, THE PRINCE’S TRUST 30TH BIRTHDAY.

Her feature films include FAT SLAGS, SOLITAIRE FOR TWO and she played Rich Aunt Ruby for HORRID HENRY released this summer. Helen’s theatre credits include playing Bunny opposite Denis Quilley in John Guare’s HOUSE OF BLUE LEAVES at the Lilian Baylis Theatre, the title role in EDUCATING RITA with Julian Glover as Frank, the premieres of WAKE UP AND SMELL THE COFFEE and TAKE A CHANCE ON ME at the New End, John Mortimer’s FULL HOUSE and Ionescos THE HAIRLESS DIVA at Watford Palace, and, in the West End, Doreen in Alan Bleasdales’ HAVING A BALL at the Comedy Theatre and THE VAGINA MONOLOGUES at the Arts Theatre. Her one-woman show STILL CRAZY was a sell out at the Edinburgh Festival, and transferred to the Purcell Rooms, followed by a national tour concluding at the Donmar Warehouse. On radio, Helen has been presenter of HOME TRUTHS, panellist on THE NEWS QUIZ, QUOTE UNQUOTE, ROOM 101, JUST A MINUTE, SAY THE WORD, WOW FAB GROOVY, and WIRELESS WISE, guest reviewer for KALEIDOSCOPE, EXCESS BAGGAGE, FOURTH COLUMN, BOOKED, DEVIL’S ADVOCATE, SPEAKING VOLUMES, and a contributor/columnist for many of Radio 4’s most popular shows such as WOMAN’S HOUR, A GOOD READ and GREAT LIVES.

She has been a judge for the Costa Book Awards, is currently a judge for the Orange Prize for women’s fiction, and was a judge and speaker for The Romantic Novelists Award as well as judge for the Roederer ‘wine writing awards’. Her TV comedy Extra Time has been optioned by Carnival while a theatre tour of Be in the Now is planned for later this year taking in The Edinburgh Festival both Book and Fringe. Helen is currently a weekly agony aunt for the ‘Ask Helen’ page for My Weekly magazine and writes a monthly WINE column in Living South magazine. Her short stories have been published in The Saturday Express, ‘Girls Night In’ and the ‘New Erotica’ She is also writing a comedy novel for The Welsh Books Council publication Jan 2012. Helen has enjoyed reading most of Jacqueline Wilson’s award-winning children’s stories for BBC Audio including THE WORRY WEBSITE, A CLEAN BREAK and LOLA ROSE. She has also recorded the ADVENTURES OF MS. WIZ and MY NAUGHTY LITTLE SISTER and Roald Dahl’s THE MAGIC FINGER – among others. Recent TV includes David Renwick’s LOVE SOUP for BBC the new ITV MISS MARPLE with Julia Mackenzie, a returning character as a psychiatrist in BBC’s Casualty as well as CBBC’s HOTEL TRUBBLE and the new film HORRID HENRY with Angelica Huston and MATHEW HORNE. Recent stage work was in the West End production of CALENDAR GIRLS Helen is an Ambassador for The Prince’s Trust, Aspire and UNICEF.