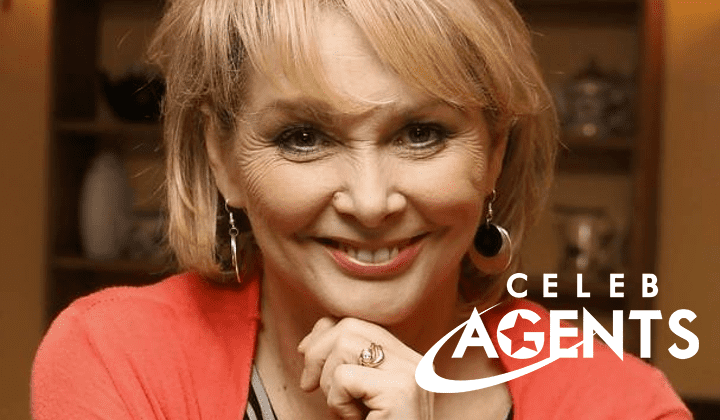 Lovely, light, interview with Cheryl Baker – perfect to cheer you up on a dull Wednesday Evening.

National treasure Cheryl Baker talks to us about sun beds in the 80s, doing Poppers for the first time and why Madonna should have used Velcro just like Bucks Fizz.

JH: Let’s face it, Bucks Fizz has had more line up changes than Sugababes, there’s been 16 at last count! What’s happening?

CB: Well, you know what is crazy is those 16 changes can still call themselves Bucks Fizz. It’s not even Bobby G who owns the name, and he was one of the original members. It’s his wife, and she was 11 when we ran the European Song Contest. The law is the law, but it needs to change because it’s very unfair. You can’t say something is black and white. We go onstage, we are, as far as the audience is concerned, Bucks Fizz.

JH: Ooo errr. So are people like **adopts Nikki Grahame style stance** WHO IS SHE????

JH: Don’t you want to change the letters around. There’s a kind of an “up yours.”

CB: What’s that called, a spoonerism?

JH: We’ve spoken before about what makes a great gay icon and you said that you had lots of lovely gay fans who called you Dame. We were thinking about it; wouldn’t you rather be a Lady? Lady Cheryl.

CB: They don’t call me Lady. They call me Dame. Everybody does. Gay or not gay, everybody calls me Dame Cheryl.

JH: How did that start, do you know?

CB: I have no idea! I’ve absolutely no idea. It certainly wasn’t because I asked for it.

JH: But you wouldn’t turn down a Damehood right?

JH: Let’s keep it real! So Eurovision… Are we doomed forever?

CB: The one thing that really stands out is the camaraderie and the fact that everyone there is rooting for everyone. If Israel is on stage, you still see Greek flags and Spanish flags. They’re all just there because it’s such a joyous occasion. It just unites everybody.

JH: It seems as though it could be getting even bigger because obviously, we’ve got Australia performing in it now, and they’re broadcasting for the first time in the States. What’d you reckon if the States got involved? Could we have Worldvision?

CB: I think it’s long overdue to be perfectly honest. I mean, it is already the biggest musical event in the world. There is nothing bigger. So, yes, America… I should think they’re broadcasting it because they think, “Hang on, I think I see a trick here.”

CB: Or maybe one day, there’ll be an Intergalacticalvision.

JH: Do you know what your drag name is?

JH: Okay, well I’ve got a little machine here that does it. I’ve put in your name, so we’ve got Cheryl Baker, and then what was the name of your first pet?

JH: Oh god, love that. Right, so then you press the button called “Queen Me,” and your drag name is, I think we might actually get trademark on this, is “Venus Galore”, and it tells you what you’re famous for. You’re famous for giving gorgeous face. What’d you reckon?

CB: It’s nothing I’m ashamed of.

JH: You’re looking fabulous for it. What’s the key?

CB: Nothing. There’s no key. I don’t do anything. I don’t ever use soap and haven’t done since I can remember, on my face but who does? I moisturise well. I buy everything that says, “Good for baggy skin.” That’s about it. I don’t do anything else. I certainly don’t have any treatments done. I mean, my Mum had good skin, and the one thing that I probably do, I am aware of, is the sun. I don’t sunbathe. I know the sun is very aging to your skin.

JH: Yeah, but that’s kind of a recent development in skincare. In the 80s, it was all like tan beds wasn’t it?

CB: I had a tanning bed.

JH: Did you use it often?

CB: Yeah. Of course, when I was young. You’d put olive oil on your skin and lemon juice. I mean, you literally put French dressing on your body to tan. I used to think, and most people of my age used to think, ‘what you need to do is burn the first layer off so it all peels off’, and then you get a really nice colour underneath. I mean, it’s ridiculous. How I’m left with any skin at all. I don’t know.

JH: Are you going to snog Katie Price?

CB: No. No. I wouldn’t really like to snog Katie Price to be honest. How about just marry and avoid and avoid.

JH: Do you know what amyl nitrate is?

JH: Have you ever done it?

CB: I thought my head was going to explode. Mike Nolan gave it to me. We were sitting at a table in Germany with our record company, our German record company, and he said, “Drop your napkin on the floor, and let me go under the table. I’ll give it to you and then you sniff it, a real good sniff.” I was like, “What is it?” He said, “You’ll love it. It’s really good.” So I did, and I really sniffed in deep. I thought, “Oh god, my head’s going to explode!” Then, he put it back in his pocket, got in a taxi, and didn’t screw the lid on properly!! That was my one and only time.

CB: Um, there’s people I admire. I won’t say I’m a fan. I do really admire her like I admire Kylie and Madonna, but I’m not a fan. I think that what they’ve done with their career is superb. I am a fan of her acting. I think she’s a brilliant actress, but I’m not much of a fan of her voice, and the way she’s kept her figure and her face… although it’s changed shape over the years.

JH: She’s had a bit of work done. I don’t know if she’s actually fessed up to that…

CB: Oh, she’s had loads done. Didn’t she have a bum lift? She’s had all sorts done.

JH: Would you have your bum lifted?

CB: If you saw my bum, you’d know the answer to that.

JH: And what moment of Rock and Rock history should go into Room 101?

CB: Oh, Kanye West. (But Madonna’s) cape was unfortunate. What she needed, she needed Velcro. She needed a rip-off skirt moment.

JH: You’ve got your very own Velcro moment, probably one of the most famous Eurovision moments of all time – where did it come from?

CB: It came by chance. It’s because we wanted… I wanted a long skirt because I’ve got footballer’s thighs, and Jay wanted a short skirt. Because she’s tiny and always been tiny. We were having this discussion about the outfits, the colour, the style, and length of our skirts. I was exasperated in the end, and I said, “You know what, let’s have both.” The choreographer said, “Well that’s it! If you want to see some more, we rip the skirt off and the short one’s underneath.” Without it, we wouldn’t have won.

It opened the floodgates, ‘the Eurovision Gimmick Contest’.

Cheryl, Mike and Jay, formerly of Bucks Fizz, will be performing dates in August, September and October across the UK. Visit:www.formerlyofbucksfizz.co.uk