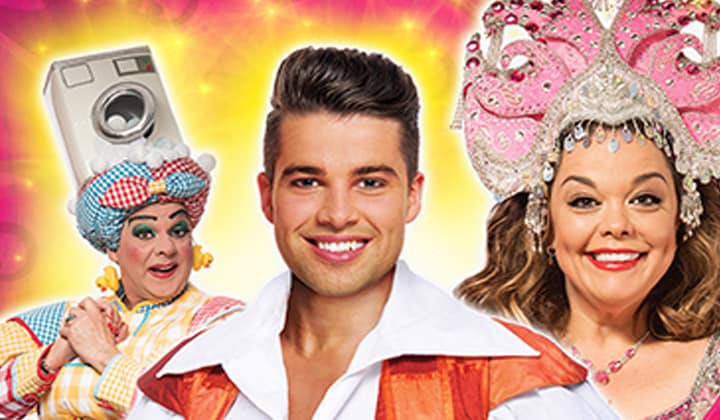 Joe is starring in panto the for fourth year running, and says he’ll continue to take part in the festive tradition as long as he loves it.

He added: “Well the thing is the company I work with Qdos is a great company and as long as they ask me back and enjoy what I’m doing. I love it, I genuinely do enjoy it, I don’t say yes to anything that I don’t want to do because when you’re standing on stage in front of an audience you have to want to be there and you have to enjoy it and the reason I keep saying yes every year is because I genuinely do enjoy it.

“It’s one of my favourite jobs that I do because it’s so natural, the banter with the audience, it’s reacting to what the audience do, they’re so involved with it, it’s such live theatre, you never know what’s going to happen and that’s what makes it so special I think, and that’s why it’s such a tradition in Britain.”

Joe will be returning to the stage as Joseph just two days after Aladdin closes.

He said: “Next year is the 50 anniversary so it’s a special tour and again, I had such a good time doing it. They asked if I would come back and do the 50 anniversary and I thought why not don the coat and the loin cloth one more time?

“It starts two days after this finishes so I’m literally going from Aladdin to Joseph with hardly any time. The first show is two days after this finishes so I go straight to that and obviously I’ll rehearse in between the panto but obviously I’ll go straight from here to the first venue of the tour and do two days rehearsal and straight on, but I’ve done it before, I know it, so it’s just a case of recapping what I already know.”

The great thing about this cast is that already, even though we’ve only been together four days everyone is gelling already and normal that takes a few weeks, but everyone is laughing together and getting their personalities into the show which is what makes the audience love it even more,” he said.

Joe is also starring alongside former Emmerdale star Lisa Riley , whose weight has also seen her featured in the news.

He added: “She’s fabulous – such a lovely woman and such a talented woman. She’s lovely and really down to earth and genuine and great fun and really funny so I think she’s going to be great and she’s got a few surprises in the show as well which will be brilliant.”

Go to www.grandtheatre.co.uk to book tickets.