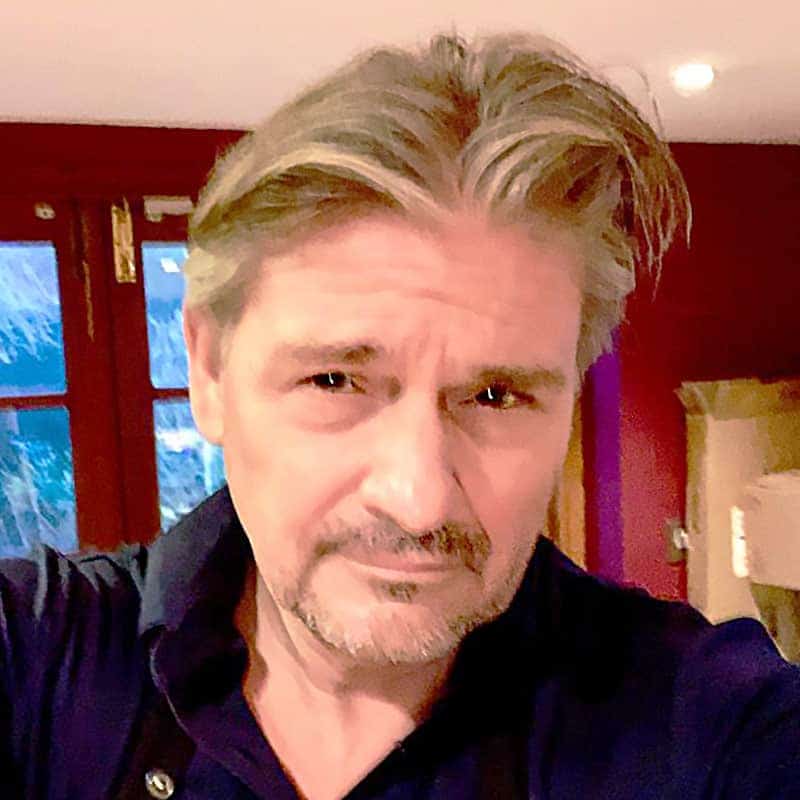 Chef Steven Saunders was trained at the famous Savoy Hotel in London in the seventies and went on to become Britain’s youngest ever Chef Patron of a privately owned hotel and restaurant in North Essex called The White Hart in Great Yeldham, in 1981. Steven was 19, this title has never been superseded.

After several years as Chef Patron Steven bought his first restaurant The Pink Geranium in 1986 still in his early twenties, with the assistance of Prime Minister Baroness Margaret Thatcher on her young entrepreneur’s business scheme.

Steven launched a Rolls Royce Chauffeur service (collecting clients free of charge) in 1987 for the restaurant and had his own radio show with BBC Radio appearing twice weekly for over 10 years. In 1989 Steven was awarded the coveted Michelin Red M (Bib Gourmand) and 3 AA Rosettes putting The Pink Geranium in the top 50 restaurants in the UK. In 1993 Steven appeared as a regular on BBC’s Good Morning TV show and in 1994 Steven was the launch chef for the popular BBC hit TV series Ready Steady Cook that he appeared on for many years.  Steven was also chef presenter for a show called Here’s one I made earlier for Channel 4 for two years.  He often appeared on other TV shows like This Morning, Through the Keyhole, Afternoon lives, BBC Food Network, and various quiz food shows.

He expanded his restaurant and hotel business in the nineties and early 2000s with The Sheene Mill Hotel Cambridgeshire, Steven Saunders in Newmarket (Britain’s first 100% accredited organic restaurant) Brocket Hall (awarded a Michelin Star in 2006), and The Lowry in Manchester which was opened by Her Majesty The Queen and the late Duke in the year 2000. During this period Steven won awards for Best UK Restaurant (The Pink Geranium) Business Person of the Year, A Fellowship for The Master Chefs Association  (30 worldwide) Young Entrepreneur of the Year, and a Catey Award for Young Restaurateur of the year.

In 2007 Steven launched a company called Aspire to provide VIP food and service for Silverstone Racing Circuit and for Formula 1. Steven grew the company to over 86 million turnovers by 2010 operating in Abu Dhabi, Monaco, Barcelona, Sepang Malaysia, and Bahrain. In 2015 Steven moved to Spain with his wife Michele to open The Little Geranium restaurant in La Cala de Mijas and one in central Marbella.

Steven was well known for writing a weekly food page for the European paper (Euro Weekly News) where over 2 million people followed his articles online.

In January 2021 Steven returned to the UK to launch Cambridge Country Club in Bourn Cambridgeshire. The stunning 45,000-foot resort will be the home to The Geranium fine dining restaurant and a leading luxury resort for wellness, health, and fitness as well as for golf and leisure.