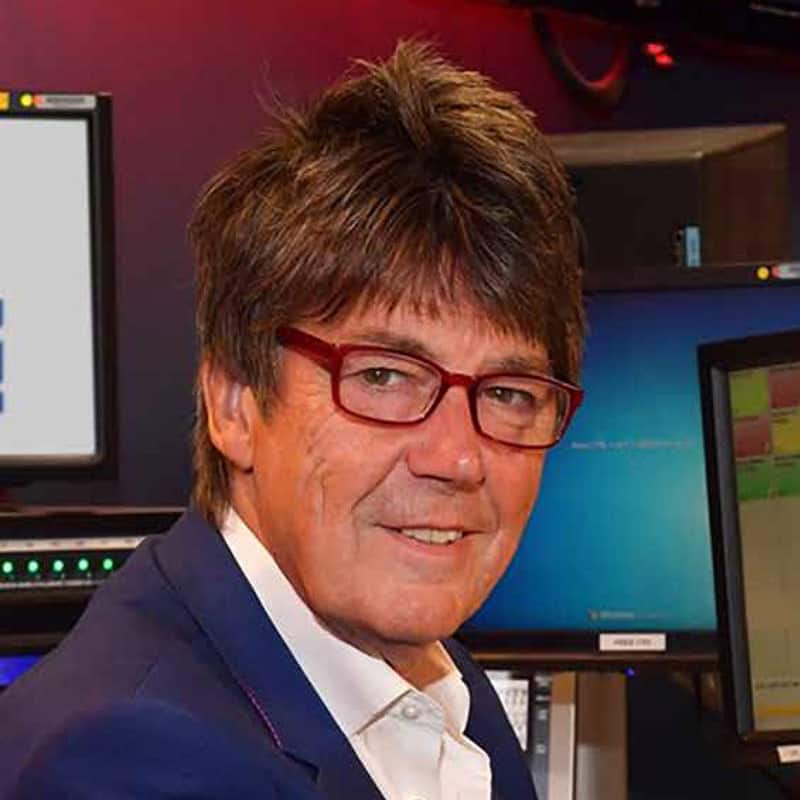 Mike Read has created a Knight of Malta in 2011 and is Chairman of the British Plaque Trust and the Rupert Brooke Museum Trust.

Mike Read has created a Knight of Malta in 2011 and is Chairman of the British Plaque Trust and the Rupert Brooke Museum Trust. With his Blue Plaque Trust hat on, he also devised and spearheaded the 50 Blue Plaques to music icons for BBC Music Day in June 2017. Mike is also an Ambassador for the Prince’s Trust and was Chairman of the Lords and Commons Entertainment Committee for several years. He has twice been asked to stand as London Mayor.

Mike Read has won ten National Broadcaster of the Year Awards, an International Music Award, and has been awarded the Gold Badge of Merit by the Music Association for his special contribution to Britain’s music industry. A household name in Britain for 40 years having fronted three top-rated long-running TV series, Top of the Pops, Pop Quiz & Saturday Superstore, and three national radio breakfast shows, including Radio One and Classic FM. He features every few weeks on the re-runs of Top of the Pops on BBC Four and has presented two Pop Quiz specials for the BBC in 2016/2017 with a new series imminent.

2016 saw him still presenting front line programs for the BBC as well as producing and presenting a new TV series, Tin Pan Alley, which ran for 8 weeks on Sky in 2016. A global distributor is now selling the format to territories around the world.

During 2016 and 2017 he has been writing, shooting, producing, and presenting a six-part series Jamaicaphiles, working with the Jamaican Tourist Board and shot entirely in Jamaica, featuring Noel Coward, Oscar Hammerstein, Ian Fleming, Errol Flynn, John F. Kennedy, and Johnny Cash.

A best-selling author, he has had thirty-six books published, those currently available include his autobiography Seize the Day, Forever England, a biography of Rupert Brooke, 1,000 Years of Caversham Park, and his new books for 2017/18 are “1,000 Years of 6 London Streets,” and “The Writing on the Wall….British Blue Plaques.”

He has played himself in such perennial TV favorites as Only Fools and Horses and Midsomer Murders and has interviewed several visiting American Icons for major stage productions over the last two years, including Sylvester Stallone, Al Pacino, and Jerry Lee Lewis and has been asked to interview Sophia Loren and Chevy Chase in 2018. As well as interviewing 100s of major artists on his live TV show, Mike has also presented for and worked with most of the Royal Family, including HM the Queen, Prince Philip, Prince Charles, and The Princess of Wales.