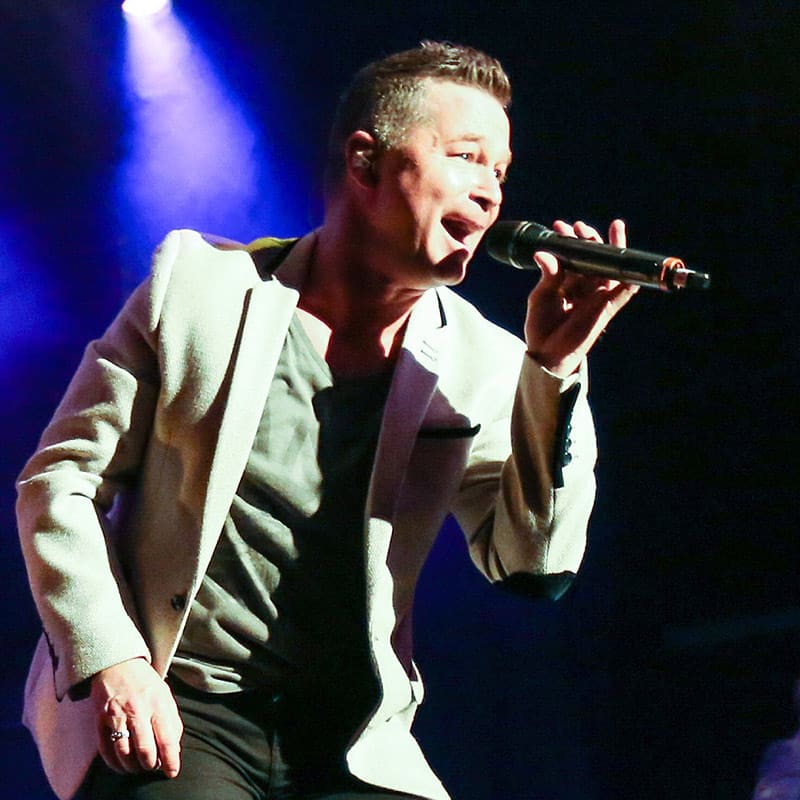 Martin Bell, who is Essex born and bred originally started out as a session singer. He had releases under various major record labels with his powerful soul voice until enjoying success as “Bell & Spurling” with his writing partner Johnny Spurling.

Martin Bell, who is Essex born and bred originally started out as a session singer. He had releases under various major record labels with his powerful soul voice until enjoying success as “Bell & Spurling” with his writing partner Johnny Spurling. Martin penned the now famous hit “Sven Sven Sven” for Capital Radio which under the Warner Music label went on to sell over 350,000 units. The follow up single “Goldenballs” also had chart success enabling Bell & Spurling to perform on Top of the Pops for a second time. Martin also performed on every major TV entertainment show. He has continued to write and perform until teaming up as a writing partner with Jules De Martino from the now recognised “Ting Tings”. Martin had previously written and performed with many stars including the likes of Tony Hadley and Rick Astley.

Martin has amassed quite a strong celebrity following including the likes of Rod Stewart, Steve Harris from Iron Maiden, Bradley Walsh, Sir Steve Redgrave, Teddy Sheringham, and Simon Cowell. All of which have booked Martin on numerous occasions for his vocal talents. Most recently Martin was asked to perform for The Queen and the Royal Family at Buckingham Palace for The Queens Coronation Festival. He is a winner of the International programme awards for his talents and was voted UK’s No1 Corporate Entertainer at The Media 10 awards.

Martin has a distinctive soulful voice and has an amazing live stage presence whether performing with his 11 piece all star backing band, or broken down to his 3 piece band that includes the former Simply Red guitarist and sax player from Rod Stewart’s line up. Martin performed live on the new Matt Lucas TV show on BBC1 recently and wrote and released the lead track for the film “Run for Your Wife” staring Judy Dench, Danny Dyer and Denise Van Outen. There is also a pilot documentary currently being made about Bell & Spurling and the music industry. Martin was also the first person to sign a contract to feature in “The Only Way is Essex”. After filming the pilot, he declined to do the show due to gig and recording commitments, and then decided he was better suited to the stage!

Martin also performs at many Charity functions throughout the year where he is the host and auctioneer for the evening.

Martin has just completed a UK tour of Classic Rock USA for World On Stage where he performed as Bryan Adams.

For further information on: