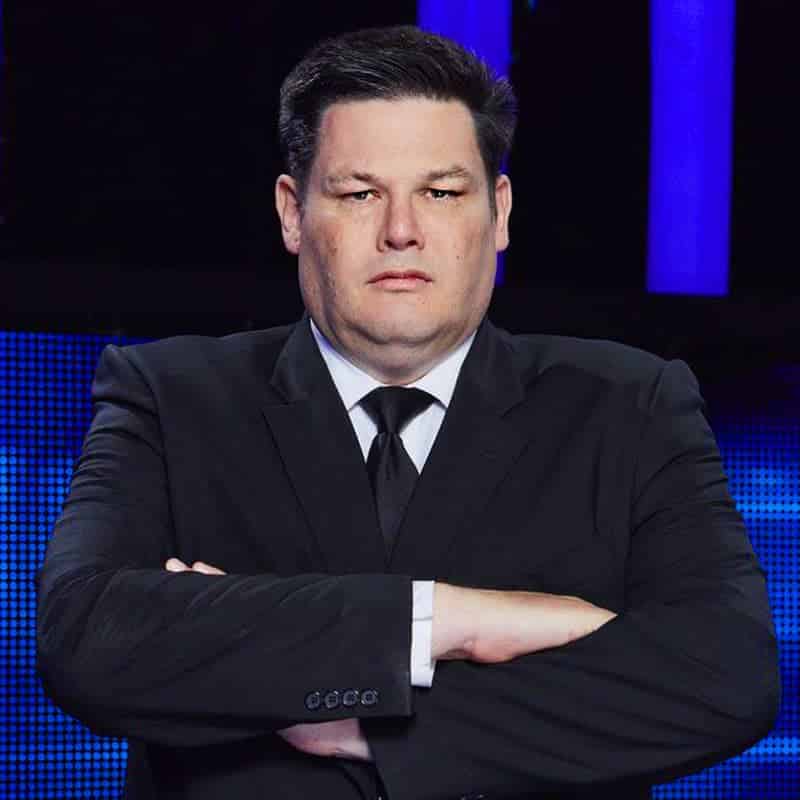 Mark Labbett aka “The Beast” is best recognized as one of the Chaser’s on ITV 1’s game show ‘The Chase’.

About The Chase Mark Labbett

A regular in quizzing competitions and television quiz shows, the beast the chase, Mark Labbett has participated in the game shows ‘BrainTeaser’, ‘Countdown’, ‘SUDO-Q’, ‘Who Wants to Be a Millionaire’, ‘Only Connect in’, ‘The National Lottery People’s Quiz’, ‘Are You an Egghead’ and ‘University Challenge’.

Ranked 81st in World Quizzing Championships in 2012, Mark, also known affectionately as ‘The Beast,’ has also contributed to shows like ‘Mastermind’, and ‘Sugar-Free Farm’. An inspiration to several people, especially youngsters, Mark, the beast from the chase, is known to possess high degrees of intelligence and smartness.

The beast Mark Labbett initially taught in secondary schools such as Cove School in Farnborough, where he served as a supply teacher in physical education and maths. He then became interested in quizzing. In April 2001, he, along with his team, competed in the Jumbo Quiz and won a weekend in Paris. Currently, the chase Mark Labbett serves as a question writer at the quiz company, Redtooth.

Mark first appeared on our TV screens on the quiz program ‘Mastermind’ in 1999. The following year, he again appeared on ‘Mastermind’ as well as in another game show ‘Countdown, and in 2004, he participated in Channel 5’s ‘BrainTeaser’ and won £500. A year later, Mark won £1,500 on a game show titled ‘SUDO-Q’ and Mark then went on to win £32,000 on ‘Who Wants to Be a Millionaire’ during that time.

After this, Mark, the beast from the chase, lead his Welsh quiz team in the European Quizzing Championships and obtained a respectable fifth place. Then in 2009, Mark along with his team won BBC Four’s ‘Only Connect’. The same year, he became one of the Chasers for ITV 1’s ‘The Chase’. He then served as the only chaser on the American version of this game show in August 2013.

Three years later, he participated in the ITV series titled ‘Sugar-Free Farm’. Mark’s other TV appearances include ‘The National Lottery People’s Quiz’, ‘Are You an Egghead?’ and ‘University Challenge’. The beast Mark Labbett is also seen as one of the five Chasers on the Australian version of the game show ‘The Chase’ alongside UK Chaser’s Anne Hegerty and Shaun Wallace.