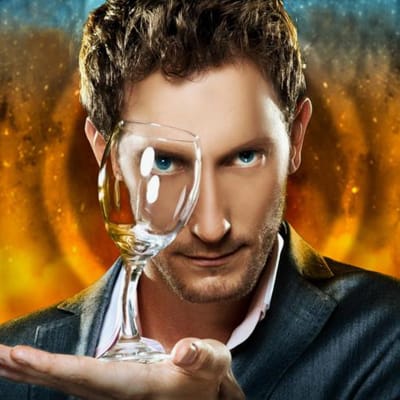 Do you believe someone can read your mind? Lior Suchard can. He can delve into your innermost thoughts and know what you are going to say even before you do.

Do you believe someone can read your mind? Lior Suchard can. He can delve into your innermost thoughts and know what you are going to say even before you do. His outstanding performances of mind reading thought influencing, predicting and telekinesis have earned him international acclaim as a top-class supernatural entertainer and mentalist from members of the public to the best CEOs worldwide and Hollywood celebrities.

He first created a storm when he was selected as the winner of the highly-rated International TV show THE SUCCESSOR to officially take over the celebrated Uri Geller. Since then, he has performed with enormous success in 42 countries around the world and regularly appears on prime time TV.

His live performances on tonight’s show floored both Jay Leno and guest Zac Efron and his popularity got him voted BEST MENTALIST IN THE WORLD on German TV show Pro 7.

Adding to Lior’s talent as a mentalist is his natural ability for creating an all-round entertaining performance. Throughout his live show ‘Supernatural Entertainment’ Lior relies on full audience participation to perform supernatural feats far beyond telepathy and mind-reading. He uses members of the audience to perform his acts, interacts with them, and elates their senses by taking them on an exciting adventure built on drama, tension, and astonishment doused with a huge sprinkle of humor, comedy, and fun.

CEOs of the world’s top companies regularly book Lior to perform and MC at business events to draw in potential customers or motivate employees with his astonishing display of mind-reading trickery and humor. Lior has also been invited to attend more intimate, crucial business meetings both by businessmen and politicians as a way of breaking the ice.

“Everyone should have ‘The Suchard experience’. I’ve never seen anything like it” Microsoft CEO – Steve Balmer