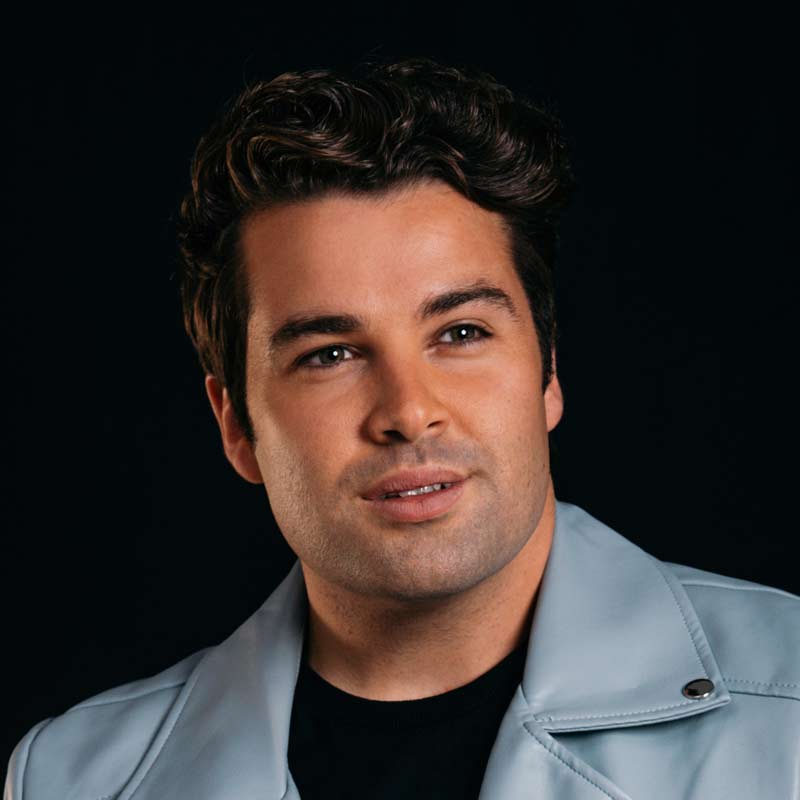 Joe McElderry is the X Factor golden boy with a 24-carat voice and a diamond personality which has made him one of the most loved young singers in the country.

Most artists only dream of mass appeal. But since storming to victory in the 2009 X Factor final, Joe has been the sweet-singing hero and heartthrob of hundreds of thousands of fans aged from five to 95. Genuine family entertainers with such a wide and diverse fan base come along once in a generation.

Joe cemented his place in the nation’s hearts after Cheryl Cole nurtured the shy, good-natured lad from South Shields and turned him into an overnight sensation. At just 18 years old, he auditioned for the ITV show X-Factor and bowled the judges over with his rendition of Luther Vandross’ Dance with My Father.

Joe also impressed Whitney Houston who appeared as a guest mentor. And in one of TV’s most memorable moments of the year, he performed a brilliant duet with George Michael on the live semi-final and went on to be crowned the winner of X-Factor 2009 by a clear majority.

After wowing the audience with his dazzling vocals, modesty, and charm, he soared straight to number one both the UK and Irish Singles Charts with a beautiful rendition of Miley Cyrus’ The Climb. Soon after came his first studio album Wide Awake under the Syco/Sony Entertainment record label, an exciting mix of up-tempo songs and the powerful ballads which Joe has become famous for.

His second album, Classic, was under the record label giant Universal Music and went Gold within two weeks of release, hitting number two in the UK Album Charts and selling over 250,000 copies. In 2011, another album, Classic Christmas, went gold in just one week. And that year alone, Joe sold over 550,000 albums, a stunning achievement for any artist to accomplish.

In between all this, Joe managed to fit in a performance for Her Majesty the Queen at the Festival of Remembrance at the Royal Albert Hall and a live regional tour at 16 major venues, culminating in a rapturous reception at the Royal Festival Hall.

Joe hit our TV screens again in 2011 in the live TV show Popstar To Operastar. Mentored by the tenor Rolando Villazon, he performed classical arias such as Nessun Dorma and went on to win the show with a landslide victory, amassing 80% of the votes.

The Joe McElderry success story went from strength to strength and he released Here’s What I Believe, becoming the first-ever X Factor winner to release four albums. The album also marked a major advance in his development as an artist as Joe showed the world what a talented songwriter he is too.

The album saw the magical collaboration with soprano Marcella Detroit, from Shakespears Sister, international pianist Ludovico Einaudi, and Nashville NAMMY Songwriter of the Year, Beth Nielsen Chapman. The album is a selection of self-penned ballads and classic love songs that Joe performed with a live band at two album launch shows in Newcastle and London.

2013 was a happy one for Joe, despite the huge demands of his workload. In between his hectic diary dates, he was invited to perform as a special guest on Beth Nielsen Chapman’s show in Newcastle earlier this year. And he opened the show for Adam Lambert at Pittsburgh Pride in Pennsylvania, the USA in June where he stunned the audience with his strong vocals and energetic stage presence. Joe loves singing so much, he just can’t say no!
Although Joe is still just 23, he is currently writing and recording for his fifth album which should be released next year.

Joe also works hard at raising money for charity, ever mindful of the fortunate gifts which have propelled him from his humble, working-class origins to international stardom. Early this year, Denise Welch and Tim Healy presented Joe with a Silver Heart Award on behalf of Variety, The Children’s Charity, for his continued charity work.

He has also recorded the charity single One World One Song with the legendary Dionne Warwick in aid of The Hunger Project UK, and a moving version of Abide With Me with the Royal Mail Choir, in aid of Prostate Cancer UK.

As a regional ambassador for the Teenage Cancer Trust, he completed the challenging 140-mile 3- day bike ride “Coast to Coast” with friends and family this summer, raising more than £11,000 for the charity. 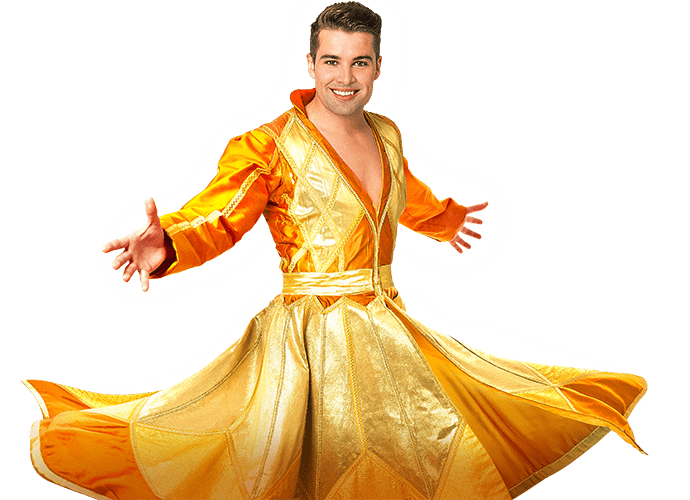 Christmas 2013 saw Joe treading the boards in Panto at The Beck Hayes as Prince Charming in Cinderella, and he so enjoyed it, he is now appearing 2014 at the Alhambra Theatre in Bradford in Snow White, as the spirit of the mirror.

2014 was a very busy and very enjoyable year. It started with Joe competing and WINNING Channel Four’s skiing program THE JUMP. He then went on to do a 60 day massively successful tour. His management is now working on a new, even longer, tour for Joe for the coming year 2015.

Joe was asked to sing by the legendary songwriter Tony Hatch at his Tony Hatch’s A Life In Song one off show at London’s Royal Festival Hall.

2015 was also a very busy year for Joe. He performed over 70 shows in his Evolution Tour and 4 Christmas shows and went straight into Panto in Hull for Qdos for the 2015/16 season.

2016 was a wonderful year for Joe and a total change of direction for him. He was asked by Bill Kenwright to play Joseph in Joseph and the Amazing Technicolor Dreamcoat on the UK tour from February to July. In August he then went on to do his own  Northern Light Tour of some 36 shows including Christmas shows until the end of November, then straight into Panto for Qdos again in Wolverhampton until Jan 2017.

December 2017 saw Joe playing Joseph in Joseph and the Amazing Technicolor Dreamcoat during Christmas at the Newcastle Metro Arena.

2019 saw Joe starring in the touring musical Club Tropicana, which was a huge success and was the first time that Joe had played a comedy role. Then in October and November of 2019, Joe embarked on his own tour to celebrate his 10th Anniversary of winning X-Factor in 2009, and then it’s straight into panto again this time in Birmingham starring as The Man in the Mirror in Snow White & The Seven Dwarfs.