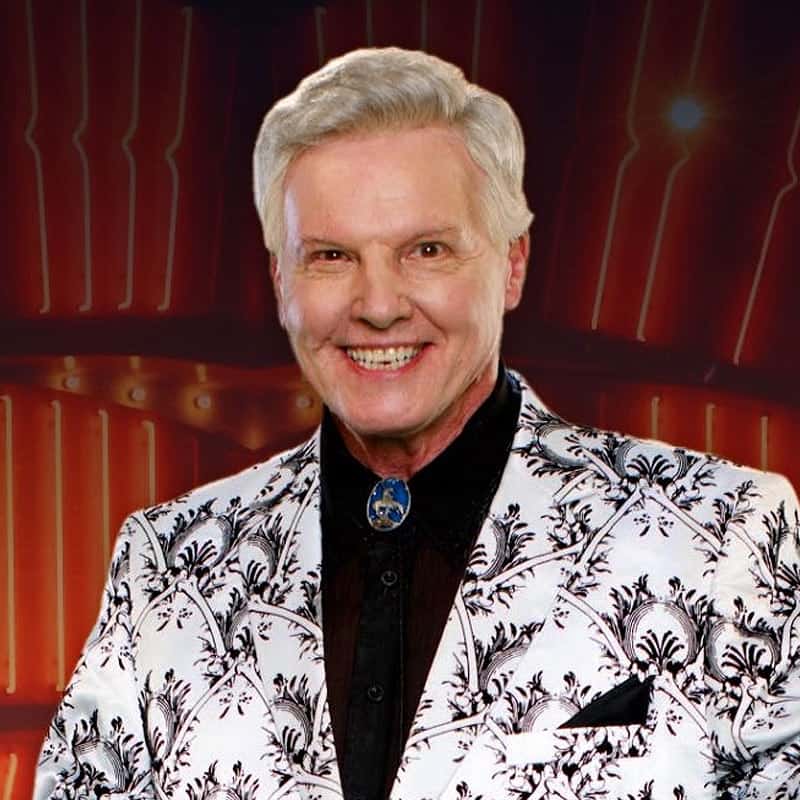 Jess Conrad is one of the most versatile stars to emerge from the 1960s.

Jess Conrad is one of the most versatile stars to emerge from the 1960s. He’s had hit records, starred in cult movies, headlined in the most successful stage shows of the day, and guested on dozens of top TV shows. He truly is a living legend (and he knows it!).

Born Gerald James in Brixton, South East London, actor Jess Conrad won the equivalent of The X Factor of its day, the Oh-Boy show. Jack Good was the producer, the Simon Cowell of his era, and who also produced Wham and Boy Meets Girl.

During his heyday, Jess played the London Palladium, and Wembley Pool and went on to tour around the globe with fellow British and American rock ‘n’ roll and pop stars of the day including, Eddie Cochran, Gene Vincent, Brenda Lee, Billy Fury, Marty Wilde, Joe Brown, Eden Kane, and Johnny Kidd to name a few.

On the silver screen, Jess Conrad had a small role in Follow a Star with Norman Wisdom and before long he reached leading man status. Jess starred in Rag Doll with Hermione Baddeley, The Queen’s Guards with Raymond Massey, and cult hit Konga with Michael Gough. One of his proudest achievements was his role as Barney Lee in The Boys, a gritty crime drama helmed by top director Sydney J.Furie with a soundtrack by The Shadows.

Jess also guested on various top TV shows of the day including Dixon of Dock Green, Armchair Theatre, Space 1999, Are you Being Served? and Philip Bailey on Crossroads.

Into the 1970’s Jess continued to make records for Decca, Columbia, Pye, and President labels and turned his talents to musical theatre. Jess Conrad received rave reviews as Jesus in Godspell and originated the role of Joseph in Joseph & His Amazing Technicolor Dreamcoat, which broke box office records at the time as a smash hit. Bill Kenwright credits Jess as earning him his first million pounds!

In the 1990s Jess Conrad Joseph found a new legion of fans as he starred with Jim Davidson in the bawdy pantomime, Sinderella, which went on a sell-out nationwide tour. Jess also guested on The Generation Game where he’d often be ribbed by host Jim for his singing. On the snooker quiz show Big Break, contestants were given a box set of Jess Conrad’s hit singles as a consolation prize!

In the 2009 film Telstar: The Joe Meek Story, the role of Jess Conrad was played by EastEnders star Nigel Harman. Actor Jess Conrad appears in one scene, depicting his backstage fight with Heinz and his biting of Heinz’s nose.

Jess himself played the role of Larry Parnes in the film.