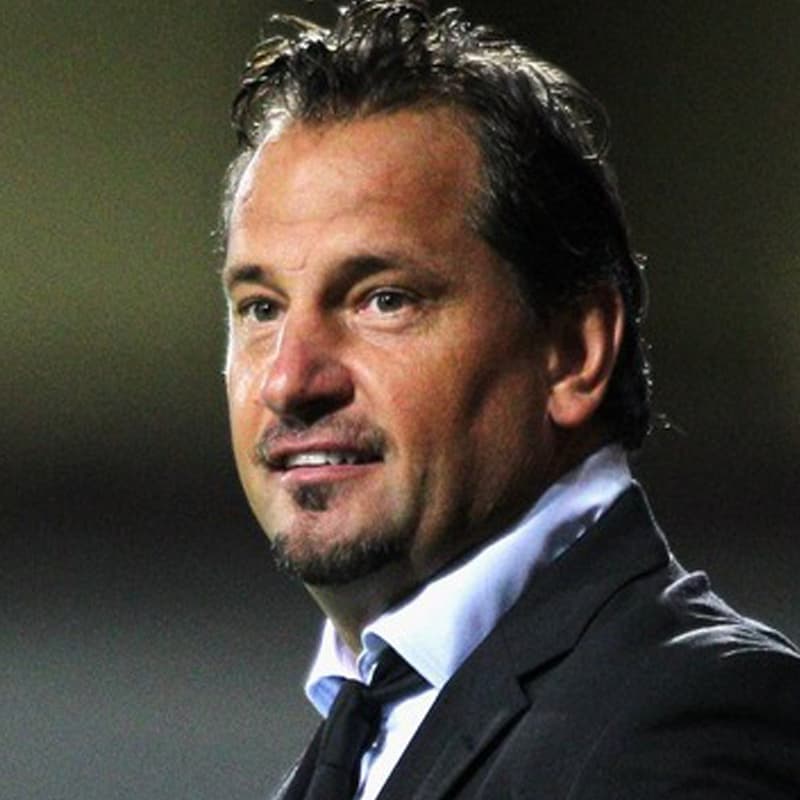 Former Premier League player with Wimbledon FC & Bolton FC Holder of the Uefa A, B and PRO Licence coaching award

Won 4 promotions in his career

Former Chairman of the PFA

Founder of the Non-League Footballers Association

Motivational speaking and strategy are high factors in his work ethic and philosophy.

Dean appeared on ITV’s DEADLINE and did very well. Unfortunately, he didn’t win it because Janet Street-Porter didn’t like the idea of a footballer winning the program! Due to his competitive nature, Dean managed to photograph the Beckham’s and his shot made the front cover of DEADLINE which was inserted into the middle pages of Closer Magazine! He did all this in between playing and training with Newport County FC! (How the hell did he do it?)

He also appeared on CIRQUE DE CELEBRITE in 2007 and did extremely well.

When Dean signed for Bolton Wanderers FC in Premiership, he became a record signing when he went to the Reebok Stadium from Wimbledon for a £3.5 million fee in October 1997. His first goal for the club came later that month and proved to be the winner against Chelsea.

Unfortunately, injury restricted his appearances and it was a frustrating time for him. Dean began his career with Watford and had loan spells with Carlisle United, Port Vale, Swansea City, and Brentford before making a permanent move to Brentford FC in September 1989 for £125,000.

He netted 76 first-class goals whilst at Griffin Park and helped them win the third division championship in 1992.

In July 1992 Wimbledon paid £720,000 to make him a member of the crazy gang along with the likes of Vinnie Jones, Dennis Wise, and Hans Segers. He scored 43 goals in his first two seasons with the club.

Dean’s twin brother David is also a footballer. He has played for Watford, Sheffield United, Birmingham City, and has just returned from a loan spell with Walsall. The twins played against each other at the Reebok Stadium in a 2-2 draw.

Dean left Bolton and joined second division Rushden & Diamonds. Whilst there, he helped them to gain promotion. He then had spells at Coventry, Weymouth FC, Newport County, and was Manager of Redbridge FC in The Ryman League. He has now been appointed manager of Blue Square League South club Newport County AFC.

He is very articulate and has written a children’s book which has been accepted by The BBC to be made into a TV series. The storyline, which the burly striker knocked out on his laptop in the close season, co-incidentally is about the exploits of two footballing brothers.

He was also The Chairman of The PFA (Professional Footballers Association) for three years.

Dean is one of the most personable people you could wish to meet and is very media-friendly and would be an asset to any TV show.

In 2007 Dean took on his first Managerial role with Redbridge United FC (Ryman One) and took them from near bottom to play-offs.

2010 As Manager with NEWPORT COUNTY AFC, Dean got them promoted to The National Conference.