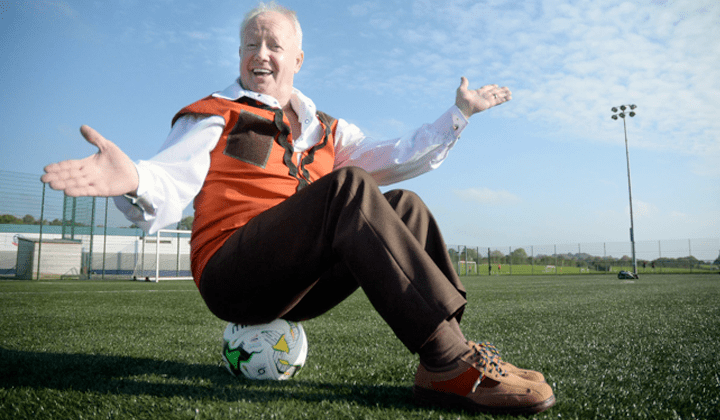 PANTO star Keith Chegwin limbered up for his latest role by putting his football skills to the test.

The entertainer, who will be featuring in the the Big Bolton Panto this Christmas, was put through his paces by Bolton Wanderers coaches David Lee and Tony Kelly at the club’s Lostocktraining ground yesterday. 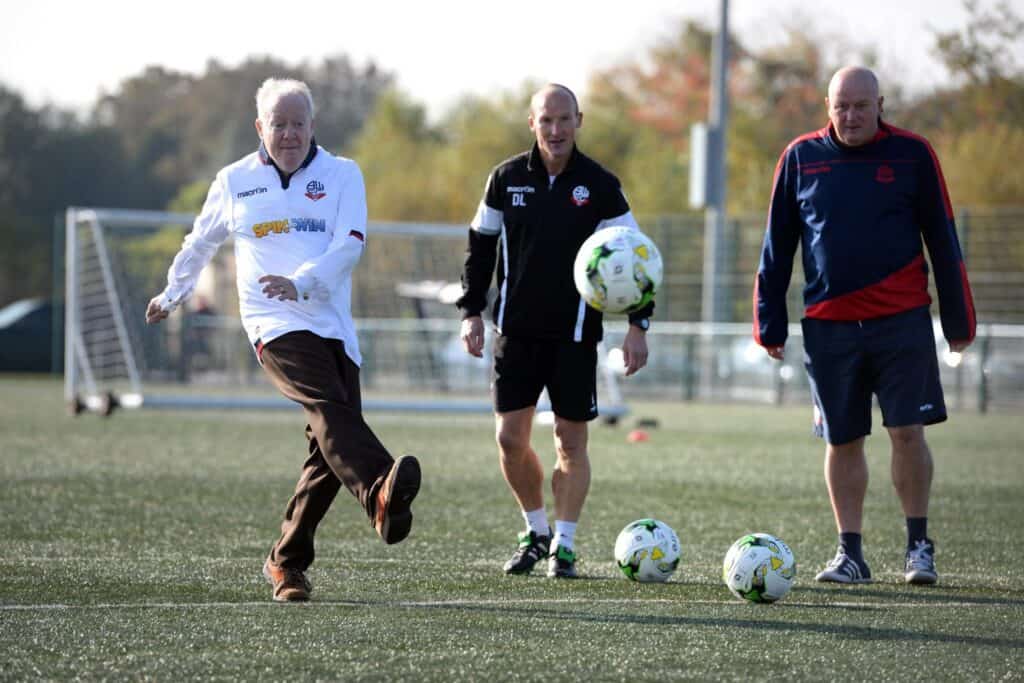 a series of drills with the coaching staff, Keith enjoyed a chat with Whites boss Phil Parkinson, who was keen to introduce himself to the former Multi-Coloured Swap Shop presenter.

The 59-year-old will play the role of village idiot Idle Jack in the production of Dick Whittington and his Pirate Adventure at the Macron Stadium in December, starring alongside ex-Emmerdale actress Roxanne Pallett.

He said: “Although my football isn’t the best, it was a really fun day. It was 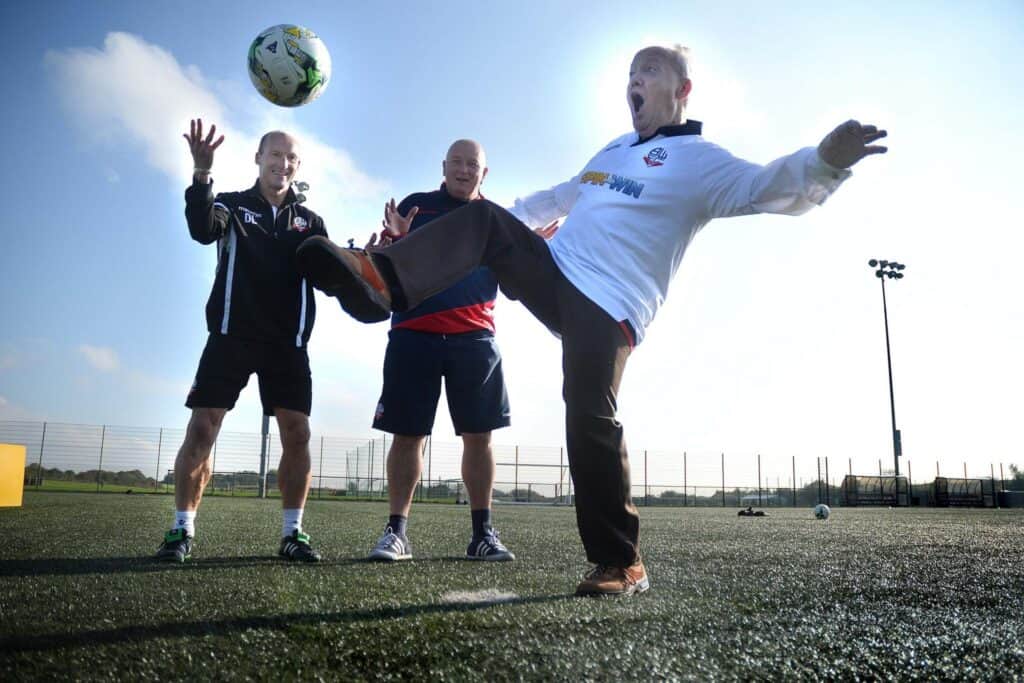 really nice to meet David Lee, Tony Kelly as well as the players and staff.

“It’s so funny because I’ll be inside, why they are playing outside, I’m looking forward to it though because I love panto.

“I can’t wait, I just got the script, the cast are ready, although some are on hol
iday, like Roxanne, getting a tan before the break.

“I’m really looking forward to it, I love panto, it’s my time of the year. I’ll be bringing all the family up to Bolton, we’ll all be staying here over the Christmas period.

“I enjoy rehearsals and I enjoy the show and I always get upset when it’s over.”

The Big Bolton Panto, which is returning to the Bolton Whites Hotel for its second year after 2015’s performance of Jack and the Beanstalk, opens on Sunday, December 4.

Tickets for the panto are now available at eticketing.co.uk/bwfc