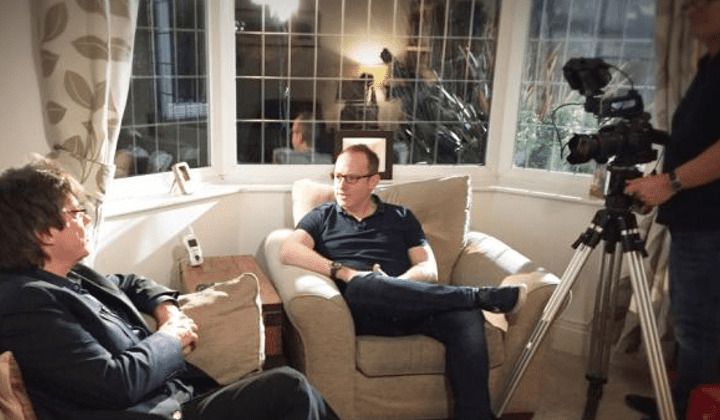 A SONGWRITER has bagged a publishing contract with a major music firm after writing a song inspired by the loss of friends and family through cancer.

Neil Fitzpatrick, from East Ayton on the edge of the North York Moors, has already raised almost £30,000 for Cancer Research UK in the last two years with his song Apart.

He has signed a publishing contract with the world’s largest independent music publishing company, Peer Music Group, after being shortlisted for a songwriting talent search for a Sky TV show.

He said: “It has been quite a crazy time really. I wrote the song after my friend’s sister was diagnosed with and later died from bowel cancer.

“Then not long after she died my dad Derek, who had worked as a coal miner in South Wales, told me he had terminal lung cancer. He lived for about 18 months and then died two days after Christmas in 2013.

“I released the song the following year and it won the UK International Songwriting Contest in 2014.

“It was an awful time and witnessing firsthand the devastation that cancer causes pushed me to want to raise as much as possible for research into the disease.”

Mr Fitzpatrick, a musician turned graphic designer working in Scarborough, was offered the publishing deal when he found out he’d been shortlisted to appear in a Sky TV show about songwriters, called Tin Pan Alley.

The show, which airs on Showbiz TV (Sky Channel 266) on Sunday, October 2 at 6.30pm and is hosted by former Radio 1 DJ Mike Read, aims to showcase the best of British songwriting.

He said: “It’s pretty amazing to sign with one of the world’s most respected music publishers and I’m really hoping someone with huge appeal will take my song to a global audience, so we can raise hundreds of thousands, if not millions of pounds to fund research into this awful illness.”

He said Peer Music Group also represents his idol in the music world, David Foster, who has written music for the Bodyguard, and artists including Whitney Houston, Michael Buble and Jennifer Lopez.

“As part of the TV show with Mike Read, I was told I had reached the final 12, and that is I got to the final six I would get a publishing deal with Peer Music Group to sell the song.

“I don’t think I did place in the top six but they still wanted my song.

“All proceeds from the song will go to cancer research.”

Mr Fitzpatrick and his friend Brett McMann are also hosting the Apart Ball 2016 at The Crown Spa Hotel, Scarborough on October 22 and are running two and a half marathons to raise more funds for the charity.

Apart is available to buy at www.apartsong.co.uk and on iTunes, Spotify, Amazon and Google Play. ALL proceeds go to Cancer Research UK.