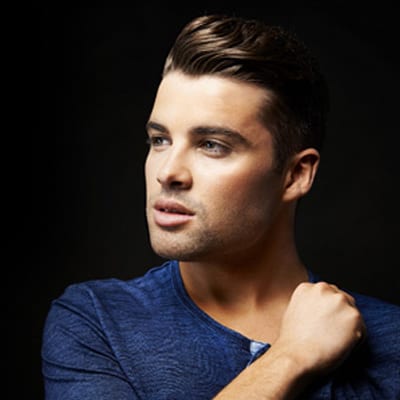 Joe McElderry: winner of The X Factor, Popstar to Operastar, The Jump, and the first X Factor contestant to have released a fourth album. However, McElderry is so much more than just his accolades, and his live shows are nothing short of mesmerising.

Performing hits spanning all four albums, McElderry keeps his energy levels consistently high, and forever has a grin plastered across his face. Lifting spirits with every track, the set is engaging, enthusiastic, and like no other performer around. With the most incredibly powerful vocals, McElderry is a natural born performer, completely owning every inch of the stage and commanding the attention of even the most unlikely audience members. Ranging from heartfelt ballads such as ‘Time To Say Goodbye’ and ‘Canto della Terra’ from his Classics album, to upbeat and original covers like Queen’s ‘Somebody To Love’ which showcases his flawless falsetto, and The Killers’ ‘Human’, there are no lulls or low points in this set.

Around the midway point, McElderry commences on what he called ‘Jukebox Joe’ – a period of around 10 minutes where he sings exclusively audience-chosen songs, whether he knows them well or not. McElderry jokes about previous occasions where he has messed up the words, but tonight’s goes without problem. Including Taylor Swift’s ‘Love Story’, Pharrell’s ‘Happy’, ‘Greased Lightning’, Alexandra Burke’s ‘Hallelujah’, and his own track ‘Smile’, Jukebox Joe proves even further how incredible McElderry’s talent is and his rarely matched ability to perform almost anything on cue. His versatility and finesse is unbelievable, even when performing songs he doesn’t really know, and improvising with his more than competent backing band.

A well-rehearsed cover of Mark Ronson’s ‘Uptown Funk’ goes down incredibly well with a group dance session, while ‘Ambitions’ from his debut Wide Awake provokes mass sing-a-long. Between his original dance routines, impeccable vocal ability, and charm when chatting to the crowd, McElderry truly is a flawless performer, and his live shows have to be seen to be believed.