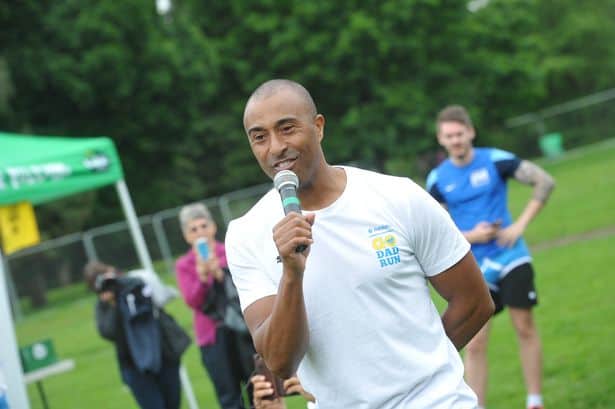 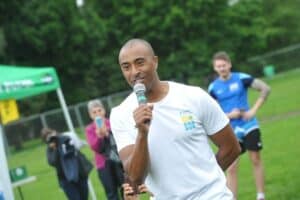 OLYMPIAN COLIN JACKSON It was a Father’s Day to remember as hundreds of men pulled on their Y-fronts for charity race Go Dad Run.

Dads, sons, grandads, uncles and brothers all put on their big blue Y-fronts to take part in the event and support the men and families who are affected by prostate cancer.

The event – which was also held in London, Bristol, Worcester, Sunderland and the Isle of Man – was set up two years ago by Cardiff -born Olympian Colin Jackson to raise awareness of and funds for Prostate Cancer UK.

The charity aims to improve the care and welfare of those affected by prostate cancer, increase investment in research and raise public and political awareness of a long-neglected disease.

The Cardiff 5K and 10K races were held in Bute Park and there was also a new team competition this year. 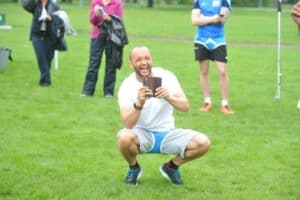 Former world record holder Jackson was on hand to host the event, helped by BBC weather girl Sian Lloyd, former Wales Rugby star Ian Gough and athlete Jamie Baulch, who were stationed at the finished line to award medals to runners.
Jackson said: “It was a fantastic morning, especially because Cardiff was the flagship event. It was amazing to see more than 200 men and boys out helping to raise money and awareness for Prostate Cancer UK.

“It was also incredible hearing all the personal stories of the runners. A lot of the men who took part in the race have or did have prostate cancer, or have friends/family members who have.

“It was a very personal, emotional and inspiring day.” 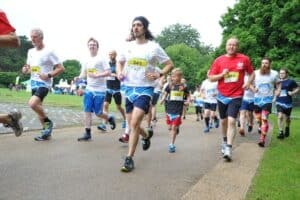