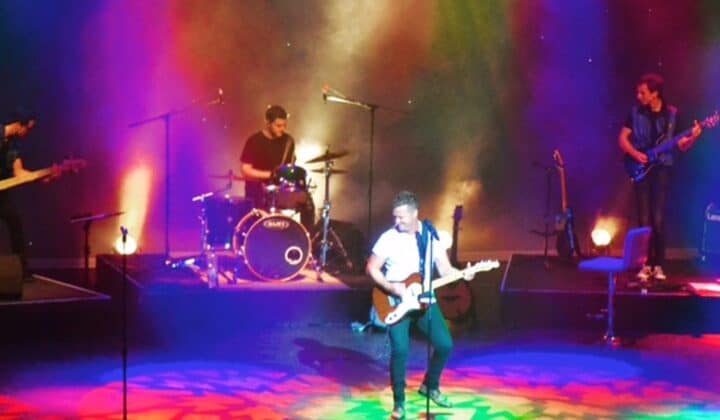 MARTIN BELL – the co-writer and singer of SVEN SVEN SVEN and GOLDEN BALLS is now appearing in a fantastic Classic Rock show – touring the UK.

Imagine a Rock Concert involving three of the biggest name Rock Stars of the 21st Century?

You will be taken on an epic journey of all things rock, as the totally awesome cast and band brings down the house with only the very best selections of these 3 great artists, including Born to run, Thunder Road, Hungry Heart, Every I do , Summer of 69 and the Rock of Anthem’s of Jon Bon Jovi, Living on a Prayer, You Give Love a Bad Name, Bed of Roses and many more…………………

Get Ready to Rock out and Party On with Classic Rock USA!!!!!!

AND THIS IS MARTIN AS HIMSELF at the O2 Indigo.