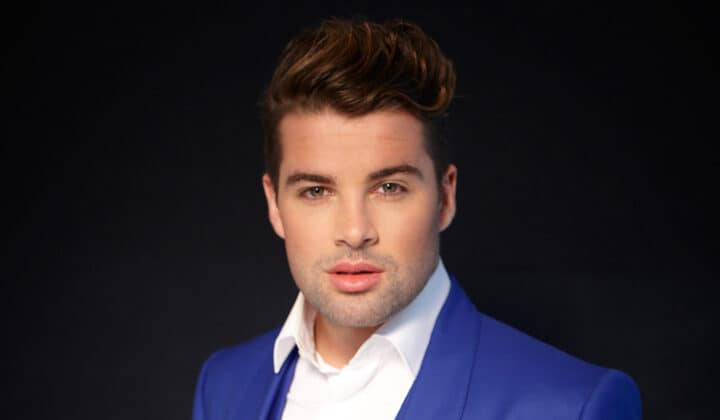 As Strictly Come Dancing and Joe McElderry fans will know, the singer is a permanent fixture on the yearly contestant rumour lists.

It’s no surprise: McElderry has been vocal about wanting to take part in the dancing show. “I’m a frustrated dancer,” he has told us in the past. And, given Strictly bosses won’t give even the slightest hint about who’s taking part, we’ll take what bones we’re thrown.

The message is no different this year. A source close to the star confirms he’s still very keen: “Joe would love to do Strictly Come Dancing.

He’s got reality form as well. Not only did McElderry scoop victory on the X Factor in 2009, he went on to win the second series of ITV’s Popstar to Operstar in 2011 before winning the first series of Channel 4’s winter sports-themed show The Jump in 2014, despite only signing up to be on standby. If there’s someone with the grit and determination to don the rhinestones and battle for ballroom victory, it’s McElderry.

Alas, despite the annual rumours, year after year he doesn’t appear.

So it feels like this series – returning for its fourteenth run later in the year – should be the one. Not least because he isn’t just hoping to fill a space in his calendar, he actually wants to do it. “I always think, ‘Am I going to learn something?’” he told us of his reality show choices.

Not that McElderry isn’t having his own success away from shiny-floored shows. His turn as Joseph in stage show Joseph and the Amazing Technicolor Dreamcoat earned a five star review from The Stage, who wrote: “He may just be the best sung Joseph there’s ever been.” It’s like a ten from Len with Bruno falling off of his chair all rolled into one.

This Christmas, Joe is also set to star as Aladdin in Wolverhampton’s panto alongside Lisa Riley (herself a former Strictly star).

I’m told all of this wouldn’t stop him taking part. He’d make it work with daytime rehearsals and the odd stage show missed here and there. His Northern Light tour, scheduled for later this year, would also be altered to fit in the ballroom commitments.