“It happened by accident,” remembers Eric Hall. We are drinking tea at a hotel in east London, not far from where the man known for his “monster, monster” catchphrase and oversized cigar was born and raised. Hall, who turned 69 this month, looks frail from the effects of almost two decades battling a rare blood disorder but still retains the flamboyance that made him known as English football’s first “super-agent” in his heyday.

“A few weeks after Paul Walsh joined Liverpool, they were putting out a calendar and wanted him to be in it,” he continues. “I called up the chairman Peter Robinson and said: ‘What’s this thing going on with the photoshoot? When he signed for Liverpool, he signed as a football player, not to be running around doing things for your marketing.’ And I did a deal.” 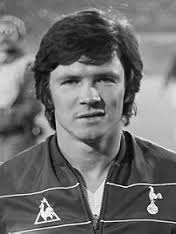 In the current climate of £300,000-a-week players with lucrative image rights built into their contracts, it would be easy to forget Hall’s role in transforming the sport. A former music promoter who had worked with the Sex Pistols and T-Rex, he was persuaded to represent the Tottenham stalwart Steve Perryman in the early 1980s and within 10 years had almost 40 top-flight players on his books, including Dennis Wise, John Fashanu and Neil Ruddock, as well as the former England manager Terry Venables.

“I didn’t know anything about football,” admits Hall with a mischievous grin that indicates the next punchline is not far away. “I used to ask Steve: ‘What sort of sport has free-kicks? Why don’t you charge for them?’ Players had agents in those days but it was their dad’s mate or it was a dentist who knew somebody. I came in and added some showbiz.

“I remember phoning up Steve and saying I’d got him an appearance on Crackerjack. He said: ‘But that’s a children’s show.’ At that time footballers would only appear on World of Sport and things like that. But I got him a centre spread in Playboy! I was the first to do anything like that.”

Hall’s brash approach had turned him into a celebrity by the mid-1990s, appearing on various television and radio shows as the cult of the giant cigar-chomping football agent grew. He was once voted as the fourth most-hated man in Britain and a Channel 4 documentary in 1996 called Filthy Rich revealed that, despite his success, he first left home at the age of 48.

“One of my greatest achievements was when Roy of the Rovers got himself an agent,” says Hall. “Who was it? Derek Paul. He smoked a big cigar and looked like me. That’s how big I was. I had everything – my own radio show, my own TV show. Monster, monster.” 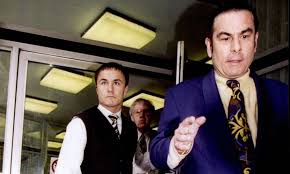 When his then client Dennis Wise was convicted of assault and criminal damage in 1995, Eric Hall said he was ‘monster monster shocked’.

That all changed one day in 1997. Hall was on his way to White City to record an episode of the celebrity panel show All Over the Shop with Paul Ross when he started feeling unwell. He arranged to see his doctor on his way back and was admitted to hospital that evening but fell into a coma. It was eight weeks until he woke up. “They called a rabbi and everything – the last rites,” Hall recalls. “But my sister wouldn’t accept I was dying. She looked up the leading blood specialist in Europe and he realised they had got it all wrong. So my sister literally saved my life. A lot of managers would have been happy [if I had died].”

He was diagnosed with thrombotic thrombocytopenic purpura (TTP), a blood disorder that causes microscopic clots to form throughout the body. Hall sued the hospital for the misdiagnosis and tried to resume his career.

“The minute I came out of the coma, I was laying in my bed and did a deal for Martin Grainger. I could hardly speak. Tim Sherwood came to see me every day in hospital and stuck by me. If I’m being monster honest, the one that disappointed me was Dennis Wise. We were like brothers – a bit like Morecambe and Wise; Eric and Dennis.” Hall claims Wise did not come to see him often in hospital, adding: “His wife fainted when she saw me because she couldn’t believe how ill I looked. But I had to take a bit of a step back. When I first came out of hospital, I still had to go in for treatment every day for two years. When I’d get home in the evenings all I’d want to do is sit down and watch Coronation Street because I was so tired.”

Hall’s client list dwindled faster than it had been assembled as football became dominated by a new breed of agents with even more influence. In 2001 his management company was ordered into liquidation by the high court. After brief attempts to resurrect his career Hall presents a weekly show on the Romford-based independent radio station Time FM having found out in a newsletter that his weekly slot on BBC Essex had been ditched.

Looking back, he freely admits to operating without a licence – Hall claims the Football Association turned a blind eye – but is more guarded when the question of football’s alleged bung culture is mentioned.

“There’s one or two who have said to me: ‘We’ll take care of you,’” he admits. “It happened but not regularly. I’ve never been offered a bung directly. But then there’s asking for money and not asking for it. Somebody asked me about 10 years ago when the football bubble is going to burst – I remember saying: ‘The bubble’s not even been blown yet. It’s just the start of big, big bucks.’ I still believe there’s plenty to come yet and that’s the way it should be because they are the stars, not the directors. When I first got into football, if you were earning £800 to £1,200 a week, you were doing monster well. I changed that.”

Yet while bemoaning the lack of characters in the agent world these days – granted, it is hard to imagine Paul Stretford appearing as the Feel the Sportsman guest on They Think It’s All Over – Hall clearly misses the days when it was his name in the spotlight.

“Oh, monster, monster,” he says. “Every night I lie in bed and think to myself: ‘Why me?’ I’m not pleased I had it at all. Of course I’m pleased I had all the success. But one of the last deals I could have done was to be in the Spice Girls movie and everything. Now that would have been something.”