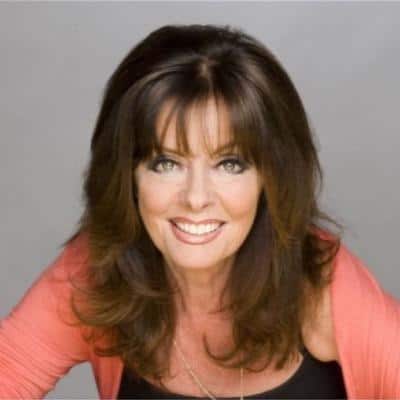 Famed worldwide as waitress Yvette in the award-winning series Allo Allo and The Return of Allo Allo, Vicki Michelle enjoys an extensive and varied career in television, theatre, and film.

Famed worldwide as waitress Yvette in the award-winning series Allo Allo and The Return of Allo Allo, Vicki enjoys an extensive and varied career in television, theatre, and film.

Among her most recent work, she has been a contestant on I’m A Celebrity Get Me Out of Here, appeared opposite Ray Winstone in All in the Game, portrayed Patricia Foster in Emmerdale, and go-getter Penny Lester in Doctors. Vicki Michelle allo allo actress has just starred as Marilyn Monroe in the play Hello Norma Jeane and completed filming on Rising of the Footsoldier 3, in addition to working with Keith Lemon, Paddy McGuinness, and Noel Edmonds.

Future plans include a return to the role of Lynnie/Marilyn Monroe in the big-screen adaptation of Hello Norma Jeane.

Never off our TV screens for long, Vicki Michelle has also made recent regular appearances as a panelist on Big Brother’s Bit On The Side (including the celebrity version), competed in Celebrity Masterchef, Pointless Celebrities, and Celebrity Eggheads, and guested on such shows as Who’s Doing The Dishes, All-star Mr & Mrs, Keep it in the Family, The Two Ronnies Spectacle and You’re Back In The Room.

On stage, Vicki’s West End debut came alongside Dudley Moore in Play it again Sam at The Globe Theatre and has been followed by numerous leading credits such as Lady Bracknell in Oscar Wilde’s The Importance of Being Earnest, Ruth in Alan Ayckbourn’s Round and Round the Garden and Table Manners, Jacqueline – Don’t Dress For Dinner, Maxine – Stepping Out, Sarah- The Naked Truth, Glenda – The Tart and the Vicar’s Wife, Hilda – Business Affairs, Mina – Dracula, Vera – Dr in the House, Sarah – That’s Love, Dawn, and Donna – Double Vision, Gillian – Audacity, Betty in Funny Money, Pamela in Out of Order and Linda in Wife Begins at Forty.

An accomplished musical performer, roles of particular note include; Miss Hannigan in Annie, Lady Raeburn, night-club singer Asphnxia in Salad Days, pub landlady Vi in Stop Dreamin’  Miss Mona, the tart with a heart in the Best Little Whorehouse in Texas, and the evil Bathsheba in Beauty and the Beast.

Recent film work includes the roles of Mary Woodward, in Silent Hours with Hugh Bonneville and Dervla Kirwan, Deborah Whitton – The Callback Queen with Mark Killeen and Amy-Joyce Hastings, psychiatrist Dr. Victoria Spencer in No Reasons, in Too Close for Comfort with Lynda Bellingham, gangland leader Mme Aznavour in C.O.O.L.I.O with Brian Croucher and Kizzy in the new psychological thriller Dragged Up Dirty.

Early favorite film appearance roles include roles in The Greek tycoon with Anthony Quinn, Spectre with John Hurt, The Sentinel, The Priest of Love, The Likely Lads, George and Mildred, Queen Kong, and Run For Your Wife for which she also worked behind the camera as Executive Producer. This film version of Ray Cooney’s hit stage play Premiered at The Odeon, Leicester Square in 2013.

Actress Vicki Michelle is an accomplished presenter frequently in demand to host corporate events, award ceremonies, and charity events in the length and breadth of the country. Vicki Michelle has also presented on television for such programs as Children in Need, Totally Theatre TV, and in a classical vein, narrated Edith Sitwell’s poetry to William Walton’s Façade with English Sinfonia.

A seasoned pantomime performer, Vicki Michelle has starred as the evil Carabosse and Malicious in Sleeping Beauty, The Wicked Red Queen in Snow White, Lady Cruella in Cinderella, Mrs. Darling and Harrietta in Peter Pan, Aladdin and Genie of the Ring in Aladdin, The Lilac Fairy in Sleeping Beauty, The Fairy in Jack and the Beanstalk and Mother Goose and The Enchantress in Robin Hood and Beauty and the Beast.

Vicky Michelle began her career appearing with the cream of British comedy including; Dick Emery, Ken Dodd, The Two Ronnies, Les Dawson, Kenny Everett, Lenny Henry, and Little and Large to name but a few. She also appeared in such cult series as The Professionals, Minder, Softly Softly Task Force, Space 1999,

Whatever Happened to the Likely Lads, Are You Being Served, Come Back Mrs. Noah and Noel’s House Party.

Away from performing, Vicki Michelle actress is a committed charity worker and in 2010 was awarded an MBE by Her Majesty The Queen for her long-term efforts. Her regular charity roles include being President of the Lady Taverners Essex Branch, President of the Heritage Foundation – London, she is a Lady Ratling, a member of the Executive Board of The Royal Variety Charity, an Ambassador for Soldiering On Awards, and is Patron of Haven House Children’s Hospice – Woodford, The Dream Factory – Hainault, AA Dog Rescue, and Essex Women’s Advisory Group. Vicki is also Patron of two children’s theatre schools, Blackfish Academy in Kent and Talent Time Theatre School in London, and produced, narrated, and co-wrote Aspergers – A Helping Hand DVD for teenagers with Asperger’s Syndrome.

In 2011 Vicki became a Dame of the Sovereign Hospitaller Order of St John Of Jerusalem Knights of Malta and in 2015 was honored by North Herts District Council and Stevenage Leisure Ltd when she was made Patron of The Gordon Craig Theatre.

Actress Vicki Michelle is married with one daughter, Louise Michelle who also has numerous acting credits to her name.