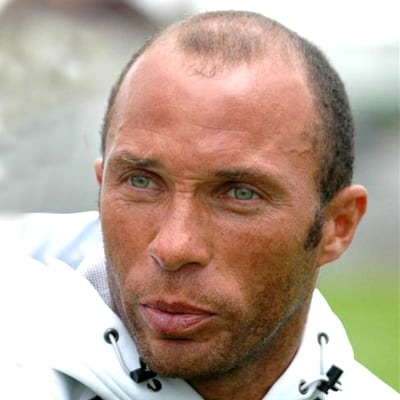 Former Premiership Footballer & Commentator Terry Phelan was born in the year 1967 and since then has had a life in football.

Terry Phelan was born in the year 1967 and since then has had a life in football. Either playing, coaching, mentoring, commentating – you name it – he has done it – and not only in the UK but also
in New Zealand, America and India.

As a professional coach he has coached children from the age of 11 up to 20 (both boys and girls).

What Terry doesn’t know about football (from all areas of the game and different parts of the world) probably isn’t worth knowing and more importantly he is a very nice person who explains everything well – so that the novice can understand it all (if required to do so).

Former Republic of Ireland international footballer Terry Phelan is passing his skills on to a new generation and helping young people into employment in his current role as one of the coaches at the Templegate Training Academy in Manchester.

Templegate works with youngsters who have failed to make the grade in the professional game and provides the players who have been released from clubs some direction whether it is into another club, a coaching role or something else.

Phelan played in the top flight with Manchester City and Chelsea as well as Wimbledon who he won the FA Cup with in 1988. He also had stints at Leeds United, Swansea City, Everton, Crystal Palace, Fulham and Sheffield Wednesday. He earned 42 international caps and played in the 1994 world cup including Republic of Ireland’s famous win over Italy.

Terry told The Irish World about his current role: “It’s absolutely fantastic and it’s just giving back to the community. I know there’s 1 million NEET (not in employment, education or training) at the moment. Some of them haven’t got education, some of them drop out of school early so it’s really an educational programme and it’s educational through the sports so if they’ve got something on paper, they’ve got a chance.

“I left school with no exam based work and I was lucky I played football to tell you the truth. I just feel like I’m doing something worthwhile, really giving it back to the kids and you would be amazed the amount of people who are looking to come onboard. Ex footballers are role models and some of them have come through hardship as young kids like we all have. It’s really about giving it back and giving them a chance and we’re sending a couple abroad at the moment to places like Italy, Mexico and the United States to give them more education through sports, work placements and trying to find them little jobs if we can. That’s what I try and do for them more than anything.”

Former Northern Ireland international and Manchester United player Norman Whiteside, Terry and John Fashanu, formerly of Wimbledon’s Crazy Gang What Terry has done in the game serves as one example of what can be achieved if the work is applied: “I do motivational speaking and I do a lot of it around how I grew up and how I made it as a professional footballer and it wasn’t all easy. I think this day and age, these young lads think it’s just going to be given to them. You have to work hard, it’s like anything in life and I tell them: ‘Listen, I’m 5’7” but I had a heart of gold and I wanted to work hard. I wanted to make something of myself’. And if I can be an inspiration to them and if they can see that light at the end of the tunnel, then it’s worthwhile for me.”

Young people who avail of the programme are offered six months’ free football training and are able to study for their coaching badges with the aim of getting back into the industry: “It doesn’t even have to be footballers, it’s about how we can inspire the youth of today. How can we get them going? I think sport is healthy, it keeps them fit and it gets them socialising with people from other areas. It’s like bringing a family together and saying: ‘Look, we are here to help’.

“We can’t help everybody, we can only do so much but we lend a service, it costs the students nothing at all, it doesn’t cost them one cent, all it costs them is their time to get up from 9.30am in the morning until 3.30pm two days a week for six months and get six qualifications, coaching badges. It’s all there for them if they want to take it up.”

Organisers hope to hook up some of the academy graduates with local teams, as well as teaching them life skills which will enhance their future careers. Terry understands the rejection felt by these players due to a setback he had early in his career: “I got released from Leeds United. I was in the first team and I got released not because I was a bad player or a bad person but because they said I was too small but yet I was playing for Ireland youth team and I got released by a person who was smaller than me and played in the greatest Leeds sides ever- Billy Bremner. Obviously managers have their own stuff and I could have gone two ways: I could have gone off the beaten track or I could have stayed on the right track and I went down to Swansea, I wanted to play football and that gave me direction.

They may be highly skilled but local young footballers will struggle to break into the Premiership now. Looking at the sides Terry’s old clubs Chelsea and Manchester City put out at weekends, it is hard to see a home grown player: “It’s a business now, isn’t it? It’s not like in my day when I think money came second to tell the truth. Now it’s a business and it’s like any business, it involves millions and millions of pounds and that’s what it’s all about so clubs are going to want the best players. Are we looking at our own English players? We are in the academies but how much further do they go in progression? There’s a lot dropping out because they’ve fallen out of love with the game at early stages because they don’t see that light at the end of the tunnel and they’re going into other stuff.

“I went from Swansea to Wimbledon for £100,000, from a fourth division team to the old first division team then. I don’t think you see that now so in the academies, it’s about progression and educating the coaches and getting our players to the best possible ability they can be. They may not play in the premiership, it could be championship or league one but they can still earn a decent living out of it.

“Some of these kids haven’t got a CV, they don’t know what a CV looks like. They get their level one and level two English and maths, some kids haven’t even got that. We try to give them an FA coaching badge level one or a level two depending how they go because at the end of the day the premier league are looking for coaches to go into grass roots football.”

And grass roots is where the game needs developing if England are going to compete with countries like Spain and Italy who are producing top quality players at a far higher rate than ourselves: “It is paramount, isn’t it? How many Irish players are at Manchester United, Liverpool, Arsenal, Chelsea? Think of all the Irish players who came over in the yesterdays, they’re not coming over now because it’s about compensation and they have to be really, really, really top notch players now to come over from Ireland, you’re looking at international top players. If we can develop better coaches to go into the grass roots clubs, then that’s what we’re trying to do and all through Templegate with the badges they get.”

There are 1 million young people in this country not in education, employment or training. Football is not the only sport on offer and it is not just dedicated sports people that may benefit. It is also there to help young men and women with an interest in the sports and leisure industries, including ex-offenders and pupils who were kicked out of school.

“It’s not about footballers, it’s about everybody. It’s about the youth of today, it’s about how we can educate them right down to communication skills, leadership skills, customer service skills even right down to the functional skills. Whether they’ve been footballers who have been released from clubs, we try and then get them back into the fold of getting them back into a club.

Some may also have had issues with drugs: “We’re looking at mentoring that sort of people. It’s about the youth, 16-24, or older if we can help them, just getting somewhere in their lives while they’ve got a chance and before it’s too late. Like I said, there’s 1 million unemployed youths in England at the moment. Obviously I can’t help 1 million but they’re out there and it’s about trying to help them.

“I’m also working with the prison services so we’re taking the programme into prisons and educating them in there and trying to re-employ the NEETs to come into our company and then they actually educate the NEETs before them. Really it’s a great story of what we’re trying to do.

“Now we can go into prisons and we’ll educate them in the prisons and them tutors in the prisons then will take the programme further and further and further. It’s gathering pace at the moment. It’s not easy work because you have different social and anti-behavioural problems with different youths for some reason or another, it might be their background, they might just have no self esteem and we try and put an arm around them, say: ‘Think forward, don’t think negative and let’s get you on the right track.

“Some kids drop out of school, they drop out of college, they’re bored with college because they’re in a class room all the time and no one actually puts an arm around them, no one guides them. It’s getting harder for the kids this day and age. I’m not saying that’s a bad thing, I’d prefer them to be in college and working. It’s up to them, if they can come in and they can go through that programme, they’ve got a better chance of maybe getting somewhere whether it’s in sports, getting a little job. I don’t care where we get them as long as we get them something and it gets them out of bed in the morning.”

Templegate work with the John Fashanu Foundation. Of course, John is a team mate of Terry’s from their days with Wimbledon’s Crazy Gang and the two well known footballers are planning an exciting event for the coming months: “John’s over in Nigeria an awful lot. John’ s been over once or twice. I think he’s coming over again in May because we’re having a big charity football match, the ex Wimbledon crazy gang are going to be playing against Paul Scholes and his old Manchester united teammates and hopefully the NEETs will help out with that, our students will help out with that and we’ll throw one or two of them into the game, into the mix to see what they’re capable of.”

Terry mentions the international projects Templegate is working with, sending youngsters to Italy, America and Mexico and he says: “If I could do it in Ireland, I would do the same thing in Ireland. I
would love to look at, to see how the land lies over there with doing it.”