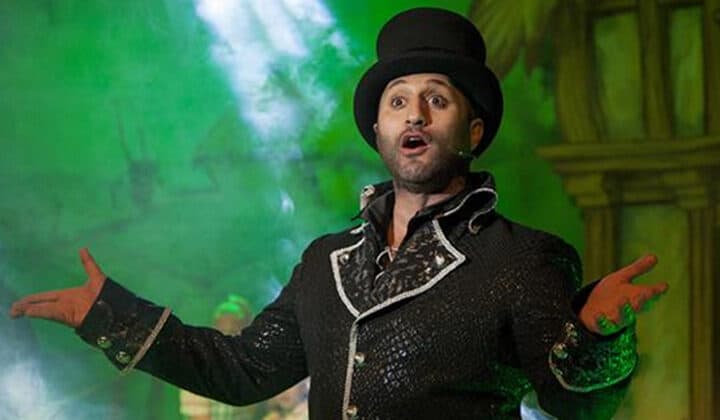 Blue singer Antony Costa makes his debut as Fleshcreep int Panto as the baddy in Jack and the Beanstalk at the Woodville, Gravesend.

Antony appears on stage to a mass of boos and hisses which he absolutely loves, but has never had a roll before where this happens.

This was exactly what Antony wanted according to pre-show interviews, having told producers “I ain’t no Prince Charming mate” and asked to play the villain.