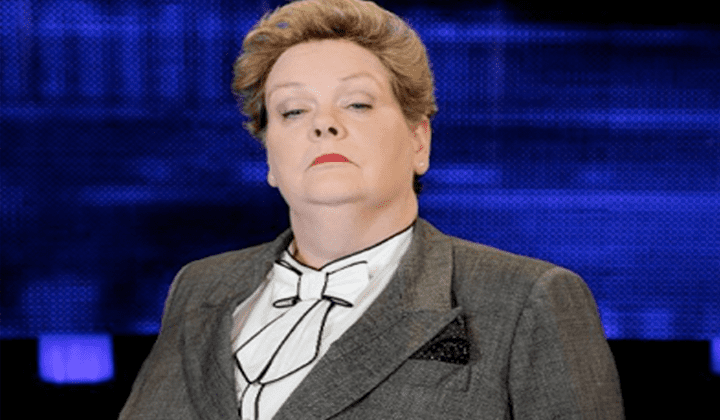 A quickie to make you smile…….

Here’s a quick VT to get you smiling – as if the lovely HOT weather is not enough.

Anne Hegerty from The Chase, otherwise known as The Governess, sure knows how to satisfy herself when it comes to men.

The quiz genius appeared to be boasting about how much action she was getting during last night’s celebrity edition of the programme.

When Catherine Tyldesley from Coronation Street came forward to face her in a new round of questions, she explained why she was feeling so happy.

Hearing this, host Bradley Walsh put his head in his hand and said: ‘I’m gonna have nightmares about that.’

He’d been chased out of the contest by Anne’s superior knowledge in a previous round.