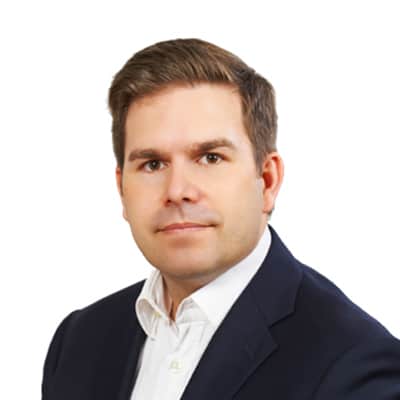 The Sunday People’s consumer champion Dean Dunham is ­helping to spearhead a new scheme that could win back ­millions of pounds for shoppers.

The Retail Ombudsman will have the power to investigate complaints about products and services at high street and independent shops, retail businesses like petrol stations and garden centres as well as shopping websites.

Top consumer rights lawyer Dean Dunham, who has played a key role in setting up the free and independent service to be launched next month, says its creation is long overdue, reports the Sunday People.

He said: “Consumers could be losing millions each year due to retailers wrongly rejecting complaints.”

The ombudsman service has been set up with the backing of government ministers under an EU directive which comes into force next year.

Although it is funded by the retail industry, it will be completely independent.

Dean said: “The important thing is that consumers will pay nothing, it is totally free. It is an impartial and independent scheme with a highly-trained team of case workers.

“It will benefit both parties because it is putting someone in the middle to mediate in disputes.”

Dean, columnist for the Sunday Mirror’s sister paper, the Sunday People, is acting as legal adviser to the service, launched on January 2.

He said: “Retail is one of the only sectors that until now has no redress scheme for consumers when things go wrong.

“Where customers have had a dispute with a retailer their only recourse has been to take legal action when the retailer rejects their complaint.

“But the overwhelming majority of the British public either cannot afford legal advice in disputes with retailers or do not feel it is financially beneficial to involve a lawyer.”

Customers unhappy about their treatment must first make a complaint to the retailer. If it is still unresolved after eight weeks, they can contact the ombudsman.

Dean said: “If they have given the retailer at least eight weeks to respond to the complaint and if they’re still unhappy they can take their dispute to the retail ombudsman just in the same way as they would with the financial ombudsman.

“I think a large part of the disputes will be about refunds and returns. But there will also be issue about late deliveries and poor customer service.

“This something that has been needed for a long time. I get emails every week about this. The amount of unresolved complaints is enormous.

“One of the things that amazes me is how many times retailers get it wrong and that comes down to the quality of their customer service. Consumers are losing millions of pounds a year by being fobbed off.”

The ombudsman service will overseen by an independent board chaired by leading businessman and government adviser Sir Eric Peacock.

He said: “This is good news for both retailers and consumers.

“For retailers, we will help them to maintain a high standard of customer service and to step into the firing line when a customer is wrongly pursuing a complaint.

“For consumers, we will always make sure their rights are observed and that retailers abide by the rules.”