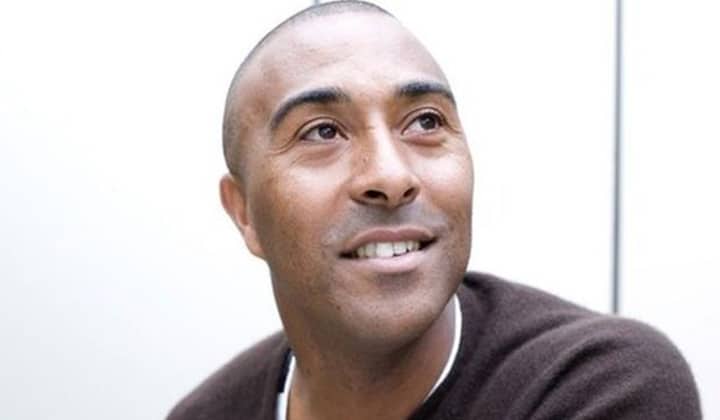 Who helped turn you into a champion?

A big part of it was bad luck, sort of. My two best mates in school, who I always used to knock about with, suddenly left Cardiff and moved to London. I was stuck on my own and bored, so I threw my energy into athletics – sport was my new best friend. If they had still been around, I’d probably have been going clubbing with them instead of training.

Were you a natural?
Well, Malcolm Arnold who coached me for most of my career, says that he didn’t really see any potential in me at first. He has looked after a lot of cream – his first Olympic finalist was back in 1968, so he’s a good judge. But he also knew that getting to the top isn’t just about innate talent, it’s about whether your family backing is great, whether you will be able to focus. Until you get to know an athlete, you can’t say if they’re going to make it all the way through or not.

Were your family supportive?
They were working people. My dad would drive me to practice, but he’d never question what the coaches were doing once I got there. Similarly, when I needed to be ready for a race, my mum would get me up and make me breakfast. I’m so glad they didn’t overdo their involvement. You see some interfering parents who want to share the glory and live through their kids, and that can be so destructive. Their child is always going to be looking over their shoulder thinking, “Oh no, what’s mum going to say if I mess up?”

Which athlete did you respect the most?

AN EXCUSE IS NOT A REASON

Daley Thompson. I was lucky enough to train with him on many occasions. He spent so much time helping me. And he taught me one incredibly valuable lesson for anyone who wants to succeed: “An excuse is not a reason.”

What mistakes did you make?
The main one was my diet. I thought it was vital that I didn’t carry any excess weight, and I spent too much time looking in the mirror worrying about fat. That can easily tip into negative. When you’re training, you need to fuel your body, but if you are obsessed with how you look, you want to restrict your calorie intake.

What is the best diet, then?
One important lesson to learn is that you don’t actually need much variety. We have too many choices in the supermarket. Just find a few things you like that give you complete nutrition and stick with them.

When you won a big race, did you think, “Yes! I am the greatest”?
When I broke the world record [for 60m hurdles], my coach said, “What happened to hurdle six, you fell off it a bit?” And whenever I won a medal, I’d think, “Oh no, that’s finished, now I need to re-engage for the next challenge”. I’d go from being at the top to back down at the bottom of the hill in the space of a national anthem.

You were famous for your fast starts. What was your secret?
I used to play that game when you stack coins on your elbow and then try to catch them. I wasn’t doing it to help with my running, but I guess it was training me unconsciously to go with the B of “BANG!”

You’re fronting the Go Dad Run campaign to get men talking about prostate cancer…
Yes, we want to get men to know the importance of getting a check-up. As an athlete, it was easy to see a doctor, as they were on tap. But so many men put their health on the back-burner, because they’re embarrassed or because it takes time to set up appointments. Women are brilliant at it, they’re much happier to chat about their health. The idea is we get men talking, we save lives – simple fact.

If you were a dad, what lesson would you pass on to your kids?
Fun is the ultimate thing. If you enjoy something, you’ll work hard at it, and the more fun you find it, the more chance you’ll have of becoming the best in the world at it. No one ever got successful doing something they hated.

Colin Jackson is an ambassador for Go Dad Run, of which Coach is proud to be a charity partner. It raises money to fight prostate cancer through a series of 5km and 10km races.Colin Jackson