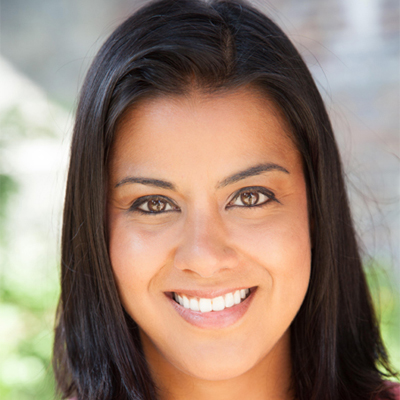 Pooja Shah, 30, has always had a passion for acting and entertaining, she had been a member of her local theatre ever since the age of 12.

Throughout her teenage years, all the way up until university, she trained as an Indian classical dancer too.

Whilst in secondary school Pooja and two friends learnt a Chekhov play, The Proposal, just for fun, and ended up being asked to perform at the University of London’s Arts Festival. This made Pooja’s mind up that this is what she wanted to do for a living. After school, she went to college to study A Levels in Performing Arts and Film Studies, following that with a 3 year course at the University of Brighton, where she left with a BA Honours Degree in Theatre with Visual Practice. Throughout this time Pooja was involved in numerous theatre projects and small budget films, including Jesus the Curry King which ended up being shown in 4 Odeon Cinemas across the UK and was one of the first digital films to be screened in UK cinemas.

Shortly after leaving university, Pooja landed the role of Meena in the acclaimed film Bend It Like Beckham which has spawned such stars as Keira Knightley and ER’s Parminder Nagra. The film was a huge success, and proved invaluable for Pooja. Following this, she accepted one of the lead roles in Sky One’s Is Harry On The Boat, playing Sinjata – based on the best selling book and film. The story is about holiday reps and what they get up to in Ibiza. Parts were coming in thick and fast for Pooja who was clearly making her stamp on the industry. She guested in an episode of Holby City, acted in the play Untouchable for several weeks, and was in an episode of American show Adventure Inc. She also had a small part in the Summer Phoenix movie Suzie Gold.

Then came a role that would make Pooja a household name in the UK – the role of Kareena Ferreira in BBC soap Eastenders. Pooja played the role of Kareena for 2 years, and her on screen family were involved in some of the soaps biggest storylines at the time. When this role came to an end, Pooja appeared in a short film called Crybaby before going back to her theatre roots; reading the play Alaska at the Royal Court Theatre. She appeared in a feature film called Weekend Lovers, and then landed the lead role in the play Deranged Marriage which toured all over the UK.

Pooja then went over to LA for a few months where she landed herself an agent based in Hollywood. After returning from LA she appeared in a couple of episodes of The Bill as well as taking part in Channel 5’s All Star Talent Show and ITV’s Soapstar Superchef.

She then went on to film two feature films back to back called Ten Dead Men and Cash and Curry. In both films Pooja played the female lead. She then filmed a movie in Budapest called The Story of Limited with several other well known British actors and actresses. She also had a small cameo in the feature film Baitlands. 2007 saw her as part of the cast in the play Rafta Rafta staring Meera Syal which was on at The National Theatre.

Ten Dead Men is currently out on DVD and Cash and Curry is due to be released in the near future. Pooja appeared in the final episode of a TV series called “Raw” which filmed out in Ireland. Pooja appeared as private investigator for an online Doritos campaign in 2009 and was the lead in a short film called No Honour no Choice which is soon be shown in several film festivals. 2009 also saw Pooja film an episode of Doctors for BBC1.

She played a series regular in the BBC1 police drama Missing which co-stars Pauline Quirke. A second series was commissioned for 2010, transmitting in March. Series one of missing is available on a dvd box set