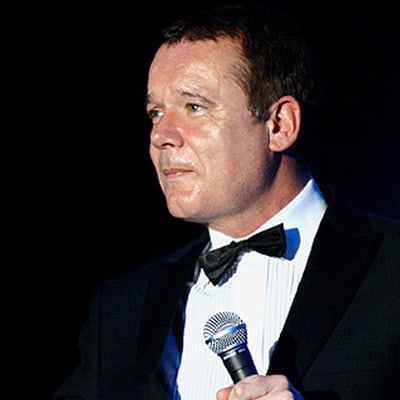 Sixteen years ago, on May 14th, 1998, Frank Sinatra died. In a gesture befitting a Legend, Las Vegas switched off its lights for three minutes and The Empire State Building in New York was bathed in blue light for three days.

There’s ONLY One Sinatra Left!

Sixteen years ago, on May 14th, 1998, Frank Sinatra died. In a gesture befitting a Legend, Las Vegas switched off its lights for three minutes and The Empire State Building in New York was bathed in blue light for three days. The World had lost one of the greatest entertainers of all time.

Many have since tried to copy Frank Sinatra or ride the swing revival wave. But there is only one man on the international circuit who is made from the same block of wood as Frank Sinatra – British swing sensation Louis Hoover.

Louis has the natural nonchalance, the inbuilt rhythm, and the true class of Ol’ Blue Eyes himself. When he sings, it is as if Sinatra has been reincarnated. Louis Hoover knows all the big stars’ little secrets – from his breathing technique, mannerisms right down to his philosophy of life.

Sinatra’s original musicians, who Louis has sung with, have long recognized Louis Hoover as the new ‘leader of the pack’. They chose to play on Louis’s own album “And This Is Me….” and perform with him whenever possible. With his ‘Salute to Sinatra’ solo show, Louis Hoover has been selling out venues such as THe Royal Albert Hall and The London Palladium for years. He co-created the West End hit musical “The Rat Pack”.

Ironically, US Audiences are mostly unaware that it took a kid from the streets of London to re-import the epitome of American musical history. More than 17 Million people Worldwide have seen “The Rat Pack” and Sinatra’s youngest daughter Tina is a huge fan. “Swing with a modern attitude” – that’s how Louis Hoover describes his own songs. His mission is to preserve the legacy of Sinatra by capturing the essence and taking it to the next level.

The only one left who can still do it like the old boys are Tony Bennett, and he is 88″, he says. Louis Hoover has already been labeled the “Sinatra of the New Millennium” by many critics. The legendary actor Sir Roger Moore once told Louis: “If Frank could see you, he’d tell you: You have great pipes kid!”