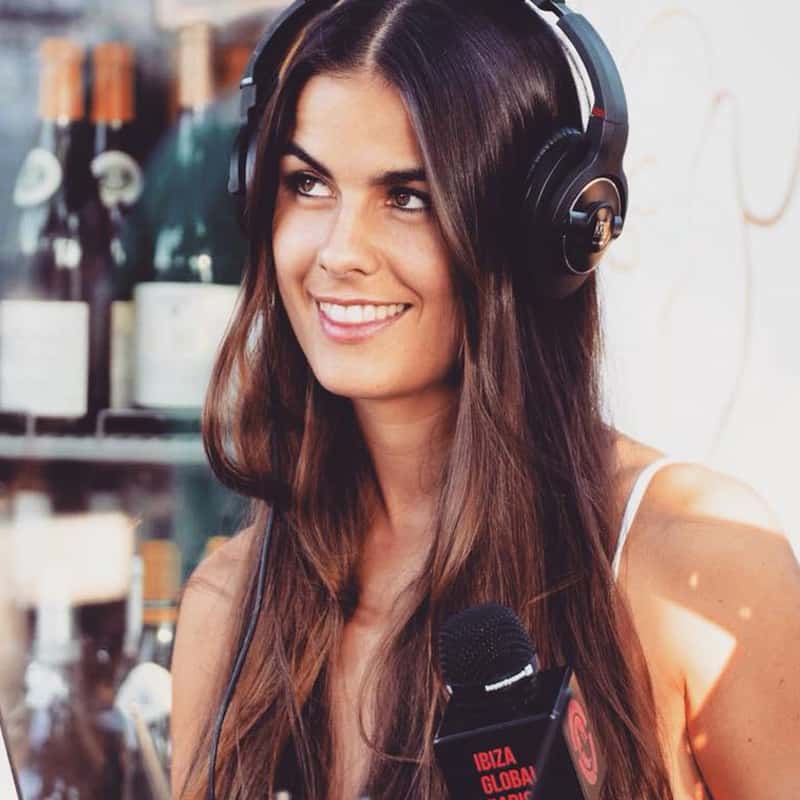 Born in 1992 in London, Katie has hosted some of dance music’s biggest radio, TV and YouTube shows alongside sport and lifestyle shows.

Born in 1992 in London, Katie has hosted some of dance music’s biggest radio, TV and YouTube shows alongside sport and lifestyle shows. From the age of 8, Katie had always known that she wanted to be a presenter, attending drama school from a young age and finalizing her studies at University in Valencia where she studied a double degree in journalism and audiovisual communication.

At 12 years old, her family decided to move to Spain’s Costa Blanca, where she became fluent in Spanish and which helped grow her career in the upcoming years. She later moved to Ibiza, the hub of dance music, where she became the presenter of Amnesia Ibiza TV and interviewed some of the world’s biggest artists such as Skrillex, Diplo, Paris Hilton, Fatboy Slim, Marco Carola, Paul Oakenfold, Steve Angello and Steve Aoki amongst many others.

In 2015 she moved to Barcelona to work on an electronic music streaming platform called Groovety, which was part of one of Spain’s biggest production companies, Mediapro, where she also directed most of the productions. Whilst in the Catalan capital, she also hosted the eSports festival Gamergy. She was the presenter of Groovety for 2 years until moving back to Ibiza where she became a host on Ibiza Global Radio, hosting daily shows from both the studio on the white isle as well as from different festivals around the globe such as Extrema Festival in Belgium, Music On Festival Amsterdam, Miami Music Week, Dream beach Festival in Almeria, Amsterdam Dance Event and Marenostrum Festival in Valencia amongst many others.

She is currently still a host on Ibiza Global Radio, which has over 900,000 daily listeners and where she records a huge amount of the voice-overs for the station. In 2017 Katie hosted her own show on Ibiza Global TV called ‘Beats by Katie’ which was very popular online and on Spanish TV. She also conducted a special ‘back to back’ interview between David Guetta and Dubfire for Pacha magazine, filmed for leading sustainable energy company Iberdrola in London, and had the huge honor of interviewing all of the artists that played the very last party at the legendary club Space Ibiza, that sadly closed in 2016.

In 2018, Katie became the host of one of the biggest Techno festivals in the world, Awakenings, where she interviewed the likes of Carl Cox, Jamie Jones, Adam Beyer, Maceo Plex, Eats Everything, and many more. In the same year, she also hosted the 21st edition of the DJ Awards and the 5th edition of the Ibiza Music Video Festival, honoring some of the most talented names in dance music at both events.

Katie has always had an important role in the creative side of a lot of the shows that she hosts, meaning that she has a great ability to organize, lead and decide on what works best when it comes to filming and editing. She is a very hard worker, creative, passionate about what she does, and is always up for a new challenge.