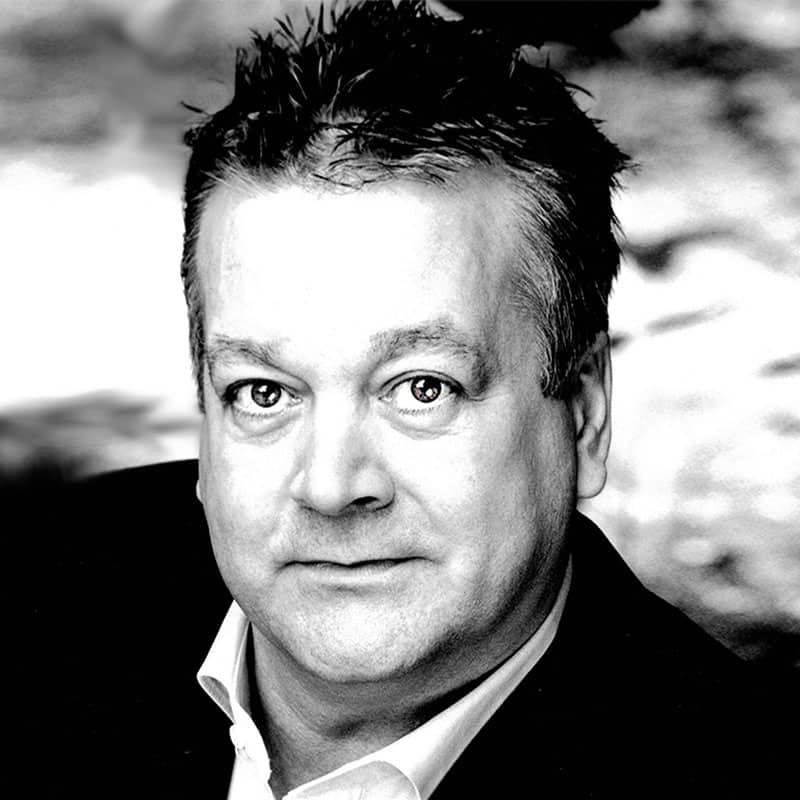 Few entertainers can claim to have had as varied a career as BOBBY CRUSH … famous in the U.K. for 45 years primarily as a pianist but also as a songwriter, actor, broadcaster and television presenter.

Few entertainers can claim to have had as varied a career as BOBBY CRUSH … famous in the U.K. for 45 years primarily as a pianist but also as a songwriter, actor, broadcaster and television presenter.

Bobby became known nationwide after six winning appearances on TV’s “Opportunity Knocks!”, receiving along the way the Variety Club of Great Britain’s Award for “Best New Artist of 1972”. This was presented to him by the late Lord Mountbatten of Burma and heralded the first of many appearances before members of the Royal Family.

West End successes include three seasons at the London Palladium alongside Jack Jones, Vic Damone and Dame Julie Andrews. As a regular performer at that theatre, Bobby’s name was recently added to the “Roll of Honour” at the Palladium stage door. He also spent a year with Max Bygraves in “SwingalongaMax” at the Victoria Palace and was chosen to appear for Queen Elizabeth, the Queen Mother at “The Royal Variety Performance”.

Bobby’s work abroad has also been extensive: a tour of Canada with Sir Harry Secombe and concerts in Australia and New Zealand, where he also co-hosted “The Countrywide Music Awards Show” and received a gold disc for sales of his “Piano Party” album. He is also a regular guest on the Queen Mary 2, P&O, Crystal and Royal Caribbean cruise ships, where his cabaret shows invariably receive standing ovations.

Recording successes include his debut album “Bobby Crush”, which reached the UK top 20: chart singles “Borsalino” and “The Sting” and the TV advertised “Double Decker Party Album”, which sold over 100,000 copies and brought Bobby two more gold discs. In all, he has made 13 albums (not including compilations) and a new live album is currently being planned. As well as his piano albums, Bobby can be heard vocally on two show recordings. He plays the role of “Pharaoh” on Pickwick’s “Joseph and the Amazing Technicolor Dreamcoat” and sings three songs on Carlton’s “Songs from the musical Hair”.

TV credits include two series of “Sounds Like Music” as the show’s host,  “Celebrity Eggheads”, “This Morning”, “Celebrity Squares”, “Wetty Hainthrop Investigates” with Victoria Wood and Julie Walters for “Comic Relief”, “Through The Keyhole”, “Cash in the Celebrity Attic”, “The Antiques Roadshow”, “Live from Her Majesty’s”, “Give Us A Clue”, “Noel’s House Party”, “The Unforgettable Hughie Green”, “Victoria Wood, as seen on TV”,  “Jim Davidson’s Generation Game”, “The Talent Show Story” and countless guest appearances. He has also been a guest judge on Sky TV’s talent show “Star Search” and Carlton’s “Pot of Gold” with Des O’Connor. Most recently, Bobby has been playing “Billy Sparkle” in the popular TV comedy “Benidorm”. Last April, Bobby was also seen on a major new series for ITV called “Last Laugh in Vegas”, which documented Bobby’s American debut alongside 7 other legendary British acts.

Bobby’s broadcasting career has included a week of his own shows on BBC Radio 2 and many guest slots including “Steve Wright in the Afternoon”, “The Gloria Hunniford Show”, “John Inman and Friends”, “Maestro” and seven acclaimed appearances on “Loose Ends” for BBC Radio 4. Bobby’s “40th Birthday Concert”, aired on Radio 2, was nominated for the “Monte Carlo Radio Prize” and such was its success that a follow-up show, “Bobby Crush – Centre Stage” was immediately commissioned. Most recently, Bobby was a featured guest on the “Tracks of my years” segment of the Ken Bruce Show on BBC Radio 2.

As a composer and lyricist, Bobby has written two complete pantomime scores, one full scale musical (“Sherwood”), a huge hit for Keith Harris and Orville, (“Orville’s Song” reached number 4 in the UK charts with over 250,000 sales and was awarded a silver disc) and he has also written comedy material for Russ Abbot and Les Dennis. Most recently, Bobby has been writing for 4 Poofs and A Piano, with whom he toured in the Spring of 2013.

Bobby has also appeared in five musicals starring as “Dr. Frank N. Furter” in “The Rocky Horror Show”, “Vernon Gersch” in “They’re Playing Our Song”, “L.M.” in “Pump Boys and Dinettes” and “Billy Flynn” in “Chicago at top theatres around the United Kingdom. Spring 2018 saw Bobby guest starring in the UK tour of “Summer Holiday, the Musical”, playing the role of “Jerry”, the agent.

Bobby’s one-man shows have been seen at the Fortune Theatre, the Arts Theatre, the Green Room at the Café Royal, Pizza on the Park, Leicester Square Theatre and the Pheasantry, all in London’s West End. His most recent cabaret appearance was at “Live at Zedel” in Piccadilly (formerly known as “Crazy Coqs”), where he was introduced to a whole new generation of fans and was given an extended standing ovation by the sell-out crowd.

Other career highlights include: a 45 date tour with 60’s singing star Gene Pitney, an appearance at the Royal Albert Hall in “The Stonewall Equality Show” and a national tour of “Back to Bacharach”, his tribute show to the legendary Burt Bacharach, for which he also wrote the script.

Bobby made his straight theatre debut appearing as showbiz legend Liberace in the courtroom drama “Liberace’s Suit” at the Jermyn Street Theatre, London, receiving rave reviews from the national press. This was followed by his highly acclaimed one-man show, “Liberace, Live from Heaven”, which played a sell-out season at the Leicester Square Theatre in London, a 34 date tour of New Zealand and a month-long residency at the Edinburgh Festival.

Bobby has starred in over 30 pantomimes, starting out as a teenager in “juvenile lead” roles but in recent years, he has become one of the country’s most in-demand “Dames”, a role he has played every year since 2000.

Bobby is currently writing his autobiography, which has the working title “Not The Boy Next Door” … it is hoped that it will be published in the near future.