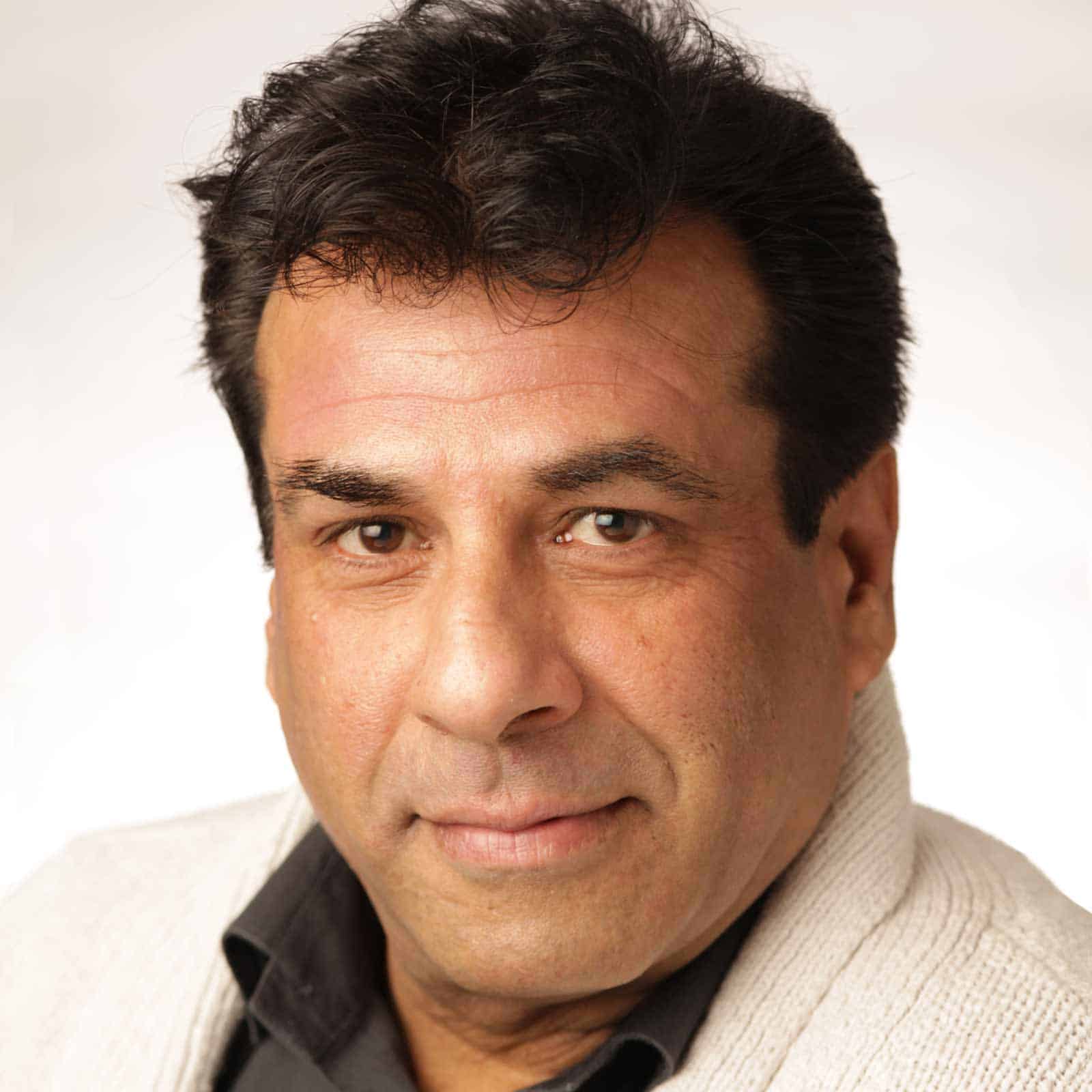 career so far has been varied and dynamic. He has toured extensively both in the UK and internationally.

Arif Javid’s career so far has been varied and dynamic. He has toured extensively both in the UK and internationally. Born in England, into a family of performers, Arif trained as an actor at the London Drama Studio. He began his professional acting life in national tours with young people’s theatre companies – Quicksilver, Tara Arts and the Oily Cart to name but a few. Television soon followed and, after appearing in commercials for Head and Shoulders, Thomas Cook and Panasonic, Arif made some regular appearances in Eastenders, The Benny Hill Show and Brookside (Damon and Debbie).

Arif is also an accomplished magician and he became the resident wizard, Prince Mirabulous of Marrakesh, at the London Medieval Banquet, wowing the international audiences with his spectacular cabaret act and amazing fire illusions. On one occasion, a producer was in the audience and, the next day, he cast Arif in a walk-on role in his feature film My Son the Fanatic for Zephyr films.

Arif’s next theatre role was playing Iris, in A Deed with no Name, at the Stadsschouwburg Theatre in Utrecht, Holland as part of the International Drama Festival. He received great acclaim for his performance there.

Then came the National Trust Coast Show with Arif as the 18th century British naval commander, John Codlin, aboard the ‘Hornblower’ ship, The Grand Turk. The National Trust commissioned the ship to circumnavigate the British coastline in a 7-month voyage, docking at various ports and allowing crowds of people to visit the ship. Arif led a company of actors in performing historical scenes to entertain and inform the visitors about life in Nelson’s navy.

Back on dry land again, more theatre work followed. Arif was cast as Salim in a national tour of My Beautiful Launderette and then he played Indra in the Hindu epic, The Ramayana, at the Birmingham Rep theatre. Both these productions received good reviews, and The Ramayana subsequently moved to the National Theatre.

It was not long before Shakespeare beckoned. Arif began a long association with Theatre of the Dales, an open-air company that performed in the grounds of National Trust stately homes during the summer. Having played many roles from Bassanio (The Merchant of Venice), Orsino (Twelfth Night), Alonso (The Tempest), Hortensio (The Taming of the Shrew) to Oberon (A Midsummer Night’s Dream), Arif established himself as a strong Shakespearean character actor.

Following this experience of classical theatre, Arif played the part of Aslam, one of the regular characters in Britain’s first-ever bilingual soap opera, Kismet Road, which was broadcast on the Community Channel for cable TV. Arif was next cast as Fatimah’s father in the feature film, Finding Fatimah, which was produced by Esplanade de Vale productions, distributed by Icon, and released in cinemas nationwide.

More recently, Arif has featured in the television commercials for Sainsbury’s ad campaign, Dinner’s Ready, and for Shpock, the buying and selling app. He played the panto villain in Lancaster when he was cast as the Uncle/Sultan in Aladdin at the Duke’s Theatre, directed by Sarah Punshon. Arif had a solo singing spot in the show and the opportunity to incorporate some of his magic skills as part of his character. He followed up this success in 2019 in the Christmas pantomime Sleeping Beauty at the Kenneth More Theatre, in Essex, when he was cast as King Stefan. Again, he sang and wove in spectacular magic illusions which thrilled the audience at every performance. Directed by Owen Smith, the show was a huge success for the theatre and received great social media coverage and reviews.