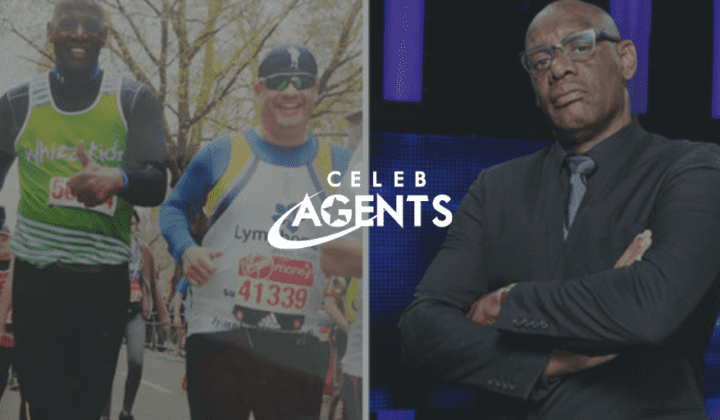 THERE are many ways to learn about life and to build up knowledge and understanding. One is through reading, watching and listening. So when a subject like today’s London Marathon comes up, I could tell you it will involve 40,000 people running 26.2 miles.

It is based on the Battle of Marathon in Greece in 490BC when the Persians invaded. How the Greeks repelled them and how legend has it Pheidippides ran 25 miles from Marathon to Athens to announce victory before dying.

I could say the first Olympic marathon was run in 1896 and it was 25 miles long – the distance from Marathon to Athens by the flattest route.

In 2016 I ran the marathon for Whizz-Kidz, a charity for youngsters who need help with mobility. I got a phone call asking if I’d like to run so I got training, running miles every week.

But when I went on one 14-mile training run I collapsed, as if someone had shot me.

My back went, everything went. I was going to pull out. But that evening, I met two women at a party.

Both had medals from the 2015 marathon and I thought: “You have to try.” I also knew if I didn’t run I’d be letting the youngsters at Whizz-Kidz down.

It took me six hours and 18 minutes. The record is just over two hours!

When I was at the 13-mile mark and realised it was only half way it shook my determination but I completed the course. The crowd was fantastic – they gave me such a boost.

The other thing that kept me going was Army veteran Rob Jones. He recognised me from The Chase at the start and we ran together.

The thing the marathon taught me is that you’re not running someone else’s race, you’re running your own and as long as you complete the task in hand you are just as much of a winner as finishing first.