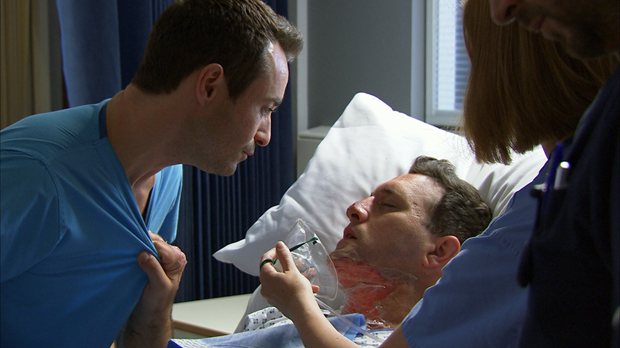 Antony Costa swapped the stage and his Blue bandmates for Holby City Hospital on Saturday night as he guest-starred in the long-running BBC1 drama.

The singer played football fan Matthew Pendleton who suffered burns from a flare set off by a teenager. Georgia Moffett (Doctor Who) plays Briony, his fiancé, who is sent to the Emergency Department after being injured in a football fight.

Costa – who appeared in Casualty once before in 2010 – said: “It’s really exciting to be filming with Casualty again. I’m a big fan of the show and I enjoyed myself so much last time, it was an easy decision to return. It’s been a pleasure working with Georgia and the whole team down in Cardiff.”

Catch up on BBC iplayer here